Jana Marchetti – Indianapolis
July 20, 1950 – November 26, 2015
Jana Marchetti, 65, of Indianapolis, formerly of Bedford, passed away peacefully on Thursday, November 26, 2015 at Avon Health & Rehab Center in Avon, IN.
Born July 20, 1950 in Bedford, she was the daughter of Marco and Evalou (Henderson) Marchetti. Jana was a graduate of Bedford High School with the class of 1968 and received a secretarial degree from Vincennes University in 1970. She was a computer operator with the Federal Aviation Administration and retired in January 2006 after thirty-five years of service.
Survivors include a brother, Pat Marchetti and his wife, Toni, of Pittsboro, IN; a niece, Kristen Marchetti and her husband, Nathan Glatt-Holtz of Berkeley, CA. She was preceded in death by her parents and a nephew, Kurt Marchetti.
Funeral services will be conducted at 2 p.m. on Tuesday, December 1st in the Elmwood Chapel of the Day & Carter Mortuary with John Lee officiating. Burial will follow in Green Hill Cemetery. Visitation will be from Noon until the hour of service on Tuesday, December 1st at the Day & Carter Mortuary.
Family and friends may express condolences at www.daycarter.com.
Ronald Cammack – Mitchell
Ronald Cammack, 68, of Mitchell, passed away Friday afternoon at his residence.
Funeral arrangements are pending at Chastain Funeral Home & Cremation Center.
James W. Fletcher – Mitchell
James W. Fletcher, 73, of Mitchell, passed away at Tuesday evening, November 24, 2015, at St. Vincent Hospital in Indianapolis.
Born June 20, 1942, in Mitchell, he was the son of James G. and Helen Mae (Coleman) Fletcher.
James “J.W.” taught briefly in rural Boone County. He had on-the-job training and worked over 20 years in hospital laboratories at Bedford Medical Center and Dunn Memorial Hospital. This was followed by employment at Stone City Products and Spring Mill State Park. He graduated from Mitchell High School in 1960, and received a bachelor’s degree in 1965 and a master’s degree in 1971 from Butler University. He was a member of the First Baptist Church.
Survivors includes his brother, Phillip Eugene Fletcher, Mitchell
His parents; maternal and paternal grandparents; and special friend, Carolyn Bennett, preceded him in death.
Funeral service will be at 1 p.m. Monday, November 30, in the Memorial Chapel of Chastain Funeral Home & Cremation Center with Brother Jerry Allen officiating. Burial will be in Mitchell Cemetery. Friends may call from 11 a.m. until the service on Monday at the funeral home.
Condolences may be sent to the family at www.chastainfuneralhome.com
Danny James Voorhies – Bedford 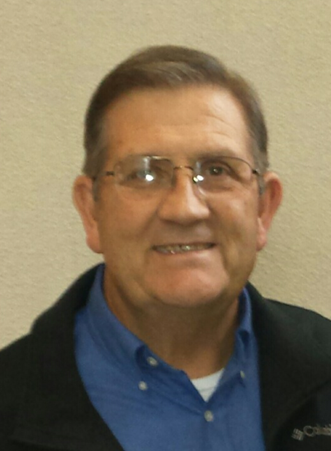 July 29, 1950 – November 26, 2015
Danny James Voorhies, 65, of Bedford, died at 10:13 p.m. on Thursday, November 26, 2015 at I.U. Health Bedford Hospital.
Born July 29, 1950 in Bedford, he was the son of Tirey James and Marjorie June (Waggoner) Voorhies. He married Dianna Dodds on June 5, 1988 and she survives. He was a graduate of the Bedford High School with the class of 1968. He earned his bachelor degree from the University of Indianapolis. He retired as an electrician and was employed by Alexander Electric and Rogers Group. He was a pastor at the Ft. Ritner United Methodist Church and the chaplain for Fishers of Men in affiliation with the National Bass Tournament.
Survivors include his wife, Dianna, of Bedford; three children, Darin Voorhies and wife, GiGi, Derek Voorhies all of Bloomington and Donny Voorhies at home; two brothers, John David Voorhies and wife, Leah, of Mitchell and Denny Voorhies and wife, LaDona, of Bedford; step-sisters, Ruth Ann Elkins and husband, Preston and Tina Peyton and husband, Chris, all of Bedford; brothers-in-law, Jerry and David Dodds both of Bedford; sisters-in-law, Mary and Jennifer Dodds both of Bedford; three step-grandchildren; several nieces and nephews.
He was preceded in death by his parents, three brothers, Joe, Donald and Dean (Bo) Voorhies; his in-laws, David and Janet Dodds.
Funeral services will be conducted at 11 a.m. on Tuesday, December 1st at the Oolitic United Methodist Church on Lafayette Ave. with Pastor Eric Kersey officiating. Burial will follow in the Payton Family Cemetery in Paoli, IN. Visitation will be from 4 p.m. to 8 p.m. on Monday, November 30th at the Day & Carter Mortuary. The family asks that friends consider memorial contributions be made to Lawrence Co. Cancer Patient Services.
Family and friends may express condolences at www.daycarter.com.