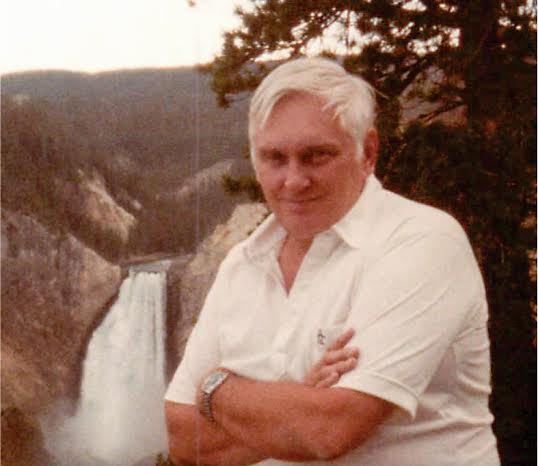 October 14, 1929 – November 18, 2015
Ronald “Sarge” Hinman, 86, of Bedford, passed away Wednesday, November 18th, 2015, at Indiana University Health Bloomington Hospital after open heart surgery.
Born October 14, 1929, in Syracuse, New York, he was the son of Howard Eugene and Florence (Fealy) Hinman, both deceased. At a young age he enlisted in the US Army, where his 22 year career spanned both the Korean and Vietnam wars before his final posting as a recruiting Sargent in Bedford, Indiana. He was a member of Gillen Post #33, American Legion and a former member and officer of the Order of Elks Lodge #826 in Bedford, Indiana.
64 years ago, in 1951, he married and is survived by the love of his life, Corena (Miracle) Hinman. Together they had three children; Ronald Anthony (Tony) Hinman, deceased, Howard Hinman, of Bloomington, IN, and Jeff Hinman, of Jackson Hole, WY. He is also survived by 6 grandchildren; Fairiz, Farah, Juliana, Josh, Justin and Sydnie Hinman, together with 4 great grandchildren, and nephews Mark, Jerry, Kevin, Joey, Rick, Lynn, niece Melissa, and their families.
After retirement from the Army, Ron and Corena purchased the original Hub Restaurant in Bedford, expanding the Hub to locations in Mitchell, Oolitic, and West Baden. Ron and Corena were also in the hotel, beverage, car wash, and other businesses in Lawrence County for many years. In the 80’s they moved to Wyoming and started another business which flourishes today, owned by son Jeff.
Ron inspired many to embrace the American dream – be it through service to their country or service to their communities as good citizens and entrepreneurs. In his spare time he loved to play cards with friends, explore National Parks, travel, fish, and debate politics with anyone who could argue an issue from an interesting point of view. Ron was a man of extraordinary intelligence, integrity, fairness, and compassion, who will be sorely missed by those who knew and loved him.
Friends may call on the family at Chastain Funeral Home, Mitchell, Indiana between 4 p.m. and 7 p.m. Monday, November 23rd, 2015. Graveside service will be held at 1 p.m. Tuesday, November 24th, 2015, at Mitchell Cemetery with Military Honors accorded by Gillen Post #33, American Legion of Bedford, Indiana.
Condolences may be sent to the family at Chastainfuneralhome.com