Mickey Lee Ratliff – Bedford
November 5, 1954 – November 7, 2015
Mickey Lee Ratliff, 61, of Bedford, passed away at 3:55 p.m. on Saturday, November 7, 2015 at home surrounded by his wife, children and grandchildren.
Born November 5, 1954 in Lawrence County, he was the son of Hubert Ratliff and Virginia “Sue” (Essex) Ratliff. He married Rebekah “Becky” Ratliff on June 6, 1981 and she survives.
Mickey worked at US Gypsum for 31 years. He was an outdoorsman who loved to hunt, fish, camp and spend time with his family and many friends.
He is survived by his mother, Virginia “Sue”Essex; three children, Jason (Lisa) Parsley, Jill (Tim) Robertson and Emilee (Jamie) Meadows, all of Bedford; four grandchildren, Savannah Robertson, Miranda Robertson, Camden Meadows and Haley Robertson; one great granddaughter, Aleigha Rae Like; five siblings, Rick Ratliff, Danny Ratliff and Donna Case, Dickie Ratliff and Rebecca Baker
He was preceded in death by his father’s, Hubert Ratliff, Donald Puckett and Virgil Essex; two brothers, Donald Puckett, in infancy, and Tracey Ratliff.
Funeral service will be at 11 a.m. Wednesday, Nov. 11, 2015, at Ferguson-Lee Funeral Home, Bedford, with Pastor David Self officiating. Burial will be in Erie Methodist Cemetery. Friends may call on Tuesday, from 4 p.m. till 8 p.m., and on Wednesday from 10 a.m. until the service hour, at the funeral home.
Online condolences may be sent to the family at www.fergusonlee.com.
Jewell Decker – Bedford 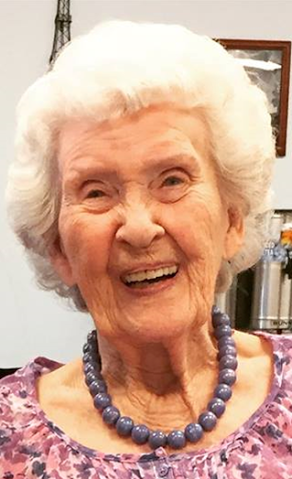 May 8, 1924 – November 7, 2015
Wanda Jewell (Day) Decker 91 went to be with her Lord on Saturday, November 7, 2015. She passed peacefully surrounded by family at her home in Bedford.
She was born May 8, 1924, in Lawrence County, the daughter of William Paul and Elsie Geneva (Craig) Day.  She married her high school sweetheart, Frank Decker, Jr., on May 29, 1943 and he preceded her in death on January 12, 2002. She was a graduate of Fayetteville High School with the class of 1942. Jewell and her husband spent the first years of their marriage in Dayton, Ohio, returning to Bedford in 1953 to open the Wishbone Restaurant on West 16th Street.  Jewell was involved with Tupperware and Real Estate in the years following the closing of the Wishbone. She and Frank enjoyed many years watching local sporting events, including their sons and grandchildren, and then they put an exclamation point on the Damon Bailey era by making a trip to Paris to watch him play for Pau Orthez in the French professional basketball league.
She will be missed by her daughter, Teresa Parker, her sons, Frank R. (Patty) Decker and Bill (Sheila) Decker all of Bedford;  grandchildren Tim (Kathy) Parker, Kansas City, KS, Michelle (Jack) Newcomb, Bardstown, KY,  Amanda (Charlie) Gill, McEwen, TN, Robb (Rebecca) Decker, Solsberry, IN. Aaron, Adam, Brandon and Will Decker, all of Bedford, IN;  great-grand children, Stephanie Helton, Bowling Green, KY, Vincent and JT Pike of Bardstown, KY, Truman, Kainan and Audra Gill of McEwen TN, Frankie, Henry and LilyBelle Decker of Solsberry IN; sister, Paula (Day) Player, Denver CO and several nieces, nephews and cousins.
She was preceded in death by her parents, her husband and her brother, Jim Day.
Funeral services will be conducted at 11 a.m. on Wednesday, November 11, 2015 in the Elmwood Chapel of the Day & Carter Mortuary with Pastor Duane Brown officiating.  Burial will follow in Gilgal Cemetery. Visitation will be from 4 p.m. till 8 p.m. on Tuesday, November 10th, at the Day & Carter Mortuary.
In lieu of flowers, the family asks that friends consider memorial contributions be made to the Batcole Foundation (Supporting research & families traveling through childhood cancer) at www.batcolefoundation.com.
Family and friends may express condolences at www.daycarter.com.
Marcella Jo Elliott – Bedford 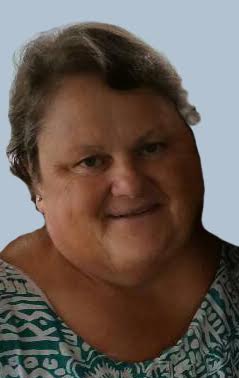 November 3, 1958 – November 7, 2015
Marcella Jo Elliott, 57, of Bedford, passed away Saturday morning, November 7, 2015, at her residence.
Born November 3, 1958, in Orangeville, she was the daughter of Oscar and Mary Alice (Greene) Russell. She married Michael Carl Elliott September 29, 1979, and he preceded her in death October 1, 2014. Marcella was a qualified medical assistant, and had worked at Mitchell Manor. She was previously employed at Noe’s Chicken House and Essex. Marcella was a member of the Bride of Christ Fellowship.
She enjoyed spending long days going to yard sales and running errands with her Mother and her sister, with whom she was very close. Marcella loved going on camping trips with her family. She was especially fond of all of her nieces and nephews, and she loved devoting her time and attention to all of them! Michael had given her the gift of a little dog (named Baby Girl) that quickly became her constant companion. Marcella was a kind and warm-hearted woman with many friends, and she was loved by all!
Survivors include her mother, Mary Russell, Mitchell; brother, Paul Eugene Russell, Orleans; sister, Sherry Lynn Russell, Mitchell, sisters-in-law, Sandra Bishop, Bedford, Wanda Sanders, Bedford; several nieces and nephews
Her father and her husband preceded her in death.
Friends may call from 4 p.m. till 7 p.m. on Tuesday, November 10 at Chastain Funeral Home & Cremation Center in Mitchell. A graveside service will be held at a later date in Green Hill Cemetery in Bedford. Marcella requested memorial gifts be made to the White River Humane Society.
Condolences may be sent to the family at www.chastainfuneralhome.com.