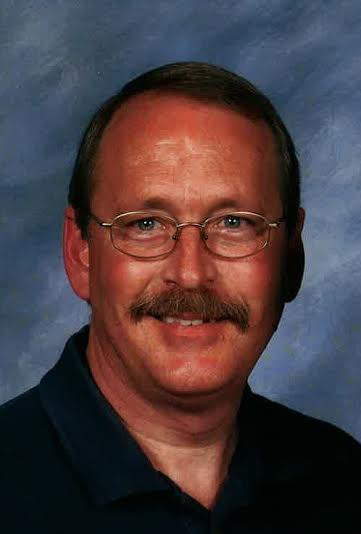 August 8, 1957 – October 30, 2015
John Edward Harman, 58, of Mitchell, passed away Friday morning, October 30, 2015, at Indiana University Health Hospice House in Bloomington.
Born August 8, 1957, in Indianapolis, he was the son of James and Marjorie (Wuilleumier) Harman. He married Catherine Riggs January 3, 1982. He graduated from Butler University College of Pharmacy in 1982, and was previously employed at CVS, JayC Foods Plus, and the past 15 years at Walgreens. John was a member and deacon of the First Baptist Church.
Survivors include wife, Catherine Harman, Mitchell; daughters, Danielle (Christopher) Smuck, Mitchell, Leslie (Nicholas) Woodall, Greencastle; mother, Marjorie Harman, Indianapolis; grandchildren, Lucas and Eleanor Smuck; brothers, Thomas Harman, Fort Myers, Florida; Jerry Harman, Indianapolis; sister, Sue Patt, Brookfield, Wisconsin
His father and brother, Robert Harman, preceded him in death.
Funeral service will be at 11:00 a.m. Monday, at the First Baptist Church with Reverend Reggie Clark officiating. Burial will be in Mitchell Cemetery. Friends may call from 2 p.m. till 7 p.m. Sunday at Chastain Funeral Home & Cremation Center, and from 10:00 a.m. until the service on Monday at the church. Memorial Gifts: First Baptist Church
Condolences may be sent to the family at www.chastainfuneralhome.com
William “Bill” Vowell – Bedford
July 21, 1938 – October 30, 2015
William “Bill” Vowell, 77, of Bedford, died at 11:15 pm on Friday, October 30th, at Garden Villa.
Born July 21, 1938 in Lawrence Co., he was the son of William Sherman and Laura (Andis) Vowell. He married Bonnie Super on December 20, 1963 and she survives. He retired from Westinghouse-ABB where he was an assembly worker. He was a member of the Tabernacle of Praise. He enjoyed gardening and spending time with his family.
Survivors include his wife Bonnie, of Bedford; one daughter, Kelly Muhney, of Greenwood; one grandson, Hunter Muhney, of Greenwood; one sister, Barbara Borden of Bloomington. He was preceded in death by his parents, three sisters, Betty Henderson, Wilma Gaiser, and Carolyn Hampton.
Funeral services will be conducted at 3 p.m. on Monday, November 2, 2015 in the Elmwood Chapel of Day & Carter Mortuary with Pastor Jeff Nikirk and Nancy Eggers officiating. Burial will follow in Green Hill Cemetery. Visitation will be from Noon until the hour of service on Monday at the Day & Carter Mortuary.
Contributions can be made to Hunter Muhney’s education at the IU School of Medicine.
Family and friends may express condolences at www.daycarter.com.