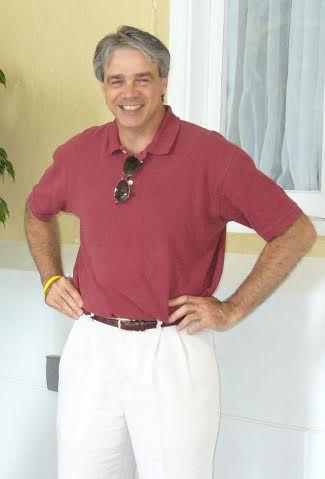 December 18, 1954 – September 8, 2015
On September 8, 2015, Carl Martin (Marty) Scheffel left this place to travel home to God. Marty had endured ALS since his diagnosis in January 2014 and he battled a horrific disease with grace, honor and dignity.
Marty arrived into this world on December 18, 1954 to Carl and Marie Scheffel. He was the youngest of three siblings, with a brother, Ronald Scheffel and sister, Vicki Scheffel Burnette. Marty’s siblings were a very prominent part in Marty’s entire life and he would often recall his youth spent being looked after by his big sister, Vicki or the December days when Ron would take his little brother out to buy a birthday gift.
Having lost his mother at a young age, Marty was raised by multiple members of his family. From his grandparents, Carl and Margaret Scheffel to his Aunt Pruda Burcham. Marty’s uncle, Fred Scheffel and his aunt, Mary Scheffel were also a large part of Marty’s life.
Marty attended Parkview Elementary School and went to Bedford High School where he was a member of the infamous Class of 1973.
Marty saw his future as a Mechanical Engineer and went off to the GMI Institute in Flint, Michigan. He became a member of the Theta Xi fraternity and per usual for Marty, he made lifelong friends and after receiving his Mechanical Engineer’s degree, headed back to Bedford to work at the GM Central Foundry plant to work for 30 years as a General Foreman in the maintenance department and was soon affectionately known as “Scheff” or the “young one” to his supervisors and coworkers. Marty is still remembered as a brilliant engineer and a great guy to work with and for, by the people at GM. Marty retired from GM in April 2005 and set about doing things retirees do – golfing, house renovating and helping anyone that needed a hand and just being a good friend to anyone in need.
Marty met Laura (Laurie) Scheffel, from Toronto, Canada in 2005 and they were married on May 14, 2007. Marty and Laurie liked to travel together and road trips were made to Atlanta, Biloxi and New York City, not to mention the frequent trips to Canada to visit family.
Family was everything to Marty. After marrying Laurie, Marty happily took on a new role of step-father to Sarah McDonnell and Jessica McDonnell, welcoming them with open arms into his heart and life. True to Marty’s nature, he welcomed Sarah into his home and thought of her as his daughter.
Marty loved all sports from his beloved Indianapolis Colts, New York Yankees and Chicago Blackhawks to Racing. Racing with a Capital R! Marty was able to blend his love for family with racing and took an avid and active role in sprint car racing for his nephew, Derek Scheffel. Marty spent many, many hours at various race tracks and these were some of the happiest years of his life.
Marty’s other nephews are Troy Scheffel and Hunter Burnette, both of which he deeply loved and felt closer to than nephews. Marty’s nieces, Ronna Scheffel and Brianne Marshall held a special place in Marty’s heart and he always took an active interest in their lives and accomplishments.
With Marty’s honest and caring qualities, he acquired many long and lasting friendships. From his “brother from a different mother” John Key, his close friend Pam Reckelhoff to Keith Wadsworth, who not only worked with Marty at GM but also shared many rounds of golf with Marty at Otis Park.
Marty will be deeply missed by all and the large hole left in our hearts will now be filled with loving and fond memories of a wonderful, caring man who touched the lives of so many people.
In lieu of flowers, donations can be made to the ALS Association or White River Humane Society.
Memorial services will be conducted at 2:00 pm on Saturday, September 12th in the Elmwood Chapel of the Day & Carter Mortuary with Steve Holloway officiating. Visitation will be from 12:30 pm until the hour of service on Saturday, September 12th at the Day & Carter Mortuary.
Family and friends may express condolences at www.daycarter.com.
Jerry Wayne Starr – Bedford
Jerry Wayne Starr, 70, of Bedford, died Wednesday, September 9th at Methodist Hospital in Indianapolis.
Arrangements are pending at the Day & Carter Mortuary.