Irvin E. Chitwood – Mitchell
Irvin E. Chitwood, 75, passed away at 10:20 p.m. Tuesday, September 1, at Indiana University Health Bedford Hospital.
Funeral arrangements are pending at Chastain Funeral Home & Cremation Center.
Myra Elaine Colglazier – Bedford
Myra Elaine Colglazier, of Bedford, passed away at 10:30 p.m. on Saturday, August 15, 2015, at the Indiana University Hospice House in Bloomington, Indiana, after a lengthy and hard fought battle with cancer.
Myra was born October 28, 1950.
A memorial service for Myra will be held on Saturday September 5, 2015, at 11 a.m. at the First Baptist Church located at 1515 20th Street in Bedford, with Rev. Dr. Kregg Burris officiating. Family and friends will be received immediately after the service. Everyone is then invited to a Celebration of Myra’s life in the church dining room from Noon till 2 p.m. for a light lunch and to join the celebration of Myra’s life.
Myra was a member of the First Baptist Church in Bedford but claimed the Huron Baptist Church, where she started her Christian Journey, as home.
Myra is survived by her brother Mark Colglazier of Mitchell, Indiana, and sisters, Marietta Swaim and Anita Colglazier, both of Winston Salem, North Carolina and nieces Kelly (Howard) Zellman of Burbank California, Marcianne Colglazier of Crete, Nebraska, and nephews Terry Allen (Blair) Colglazier of Clinton, North Carolina, and Charles Warren (Mallory) Colglazier of Mitchell Indiana.
Her parents Warren G. Colglazier and Francille McDonald Colglazier and a brother Terry Allen Colglazier preceded her in death.
Myra was a graduate of Mitchell High School in 1968, and received degrees from Indiana State University and Indiana University. She was a retired optician. As a young person she was active in 4-H and had served as an IFYE delegate to Jamaica. Myra also loved working with animals and the elderly.
Memorial contributions may be sent to Purdue University Center for Cancer Research, 201 South University Street, West Lafayette, IN 47906, Indiana 4-H Foundation 615 West State Street, West Lafayette, IN 47907, Indiana University Health Hospice House, 2810 Deborah Street, Bloomington, IN 47403.
The family would like to thank everyone for their love and support during this difficult time.
Condolences may be sent to the family at www.chastainfuneralhome.com
Dena Sullivan – Bedford
June 30, 1969 – August 29, 2015
Dena Sullivan, 46, of Bedford, died at 12:25 a.m. on Saturday, August 29, 2015 at I.U. Health Hospice House in Bloomington.
She was born June 30, 1969. She married Brian Sullivan and he survives.
Graveside services will be conducted at 1 p.m on Wednesday, September 2nd at Old Union Cemetery. No
visitation is scheduled.
Arrangements are under the direction of the Day & Carter Mortuary.
Larry R. Clark – Bedford 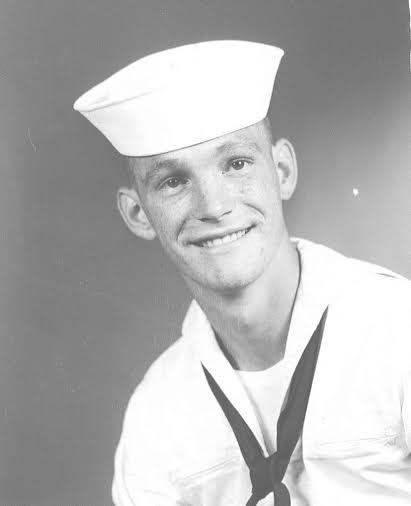 March 19, 1942 – September 1, 2015
Larry R. Clark, 73, of Bedford, died at 3 a.m. on Tuesday, September 1, 2015 at his residence. Born March 19, 1942 in Bedford, he was the son of Lawrence and Theo (Burford) Clark. He married Patsy Kay McDonald on January 8, 1966 and she survives. He was a sheet metal worker out of Local #20. He was a member of the Fairview Community Church and sang bass for One in Spirit Gospel Group. He was a veteran of the U.S. Navy and an avid deer hunter and bass fisherman.
Survivors include his wife, Patsy, of Bedford; a daughter, Patsy Duncan and husband, Rick, of Bedford; sons, Bobby Adams and wife, Linda, of North Vernon and Larry Mark Clark, of Tennessee; six grandchildren, Jeremy Adams and wife, Carrie, Bob Adams, Bill Adams, Lisa Kay Duncan, John Coe and wife, Carriea, Thessaney Taylor and husband, Joshua; several great grandchildren; a sister, Judith Bolton; several nieces and nephews.
He was preceded in death by his parents, a granddaughter, Lori Ann Duncan; a brother, Terry Clark and twin sons, Donald and David Adams.
Funeral services will be conducted at Noon on Friday, September 4th at the Fairview Community Church, 417 Old US 50 E., Bedford, with Pastor Lindy Hopkins officiating. Burial will follow in the church cemetery where military rites will be accorded by members of Gillen Post #33 American Legion and D.A.V. Chapter #2. Visitation will be from 4 p.m. to 8 p.m. on Thursday, September 3rd at the Day & Carter Mortuary and from 10 a.m. until the hour of service on Friday, September 4th at the Fairview Community Church.
Family and friends may express condolences at www.daycarter.com.