Larry N. Ikerd – Bedford
January 16, 1933-July 30, 2015
Larry N. Ikerd, 82, of Bedford, died at 7:15pm on Thursday, July 30, 2015 at IU Health Hospice House in Bloomington, IN.
Born January 16, 1933, he was the son of Lawrence C. “Beanie” and Alva Lou (Smith) Ikerd. He married Nancy A. Banks on December 7, 1951, and she survives.
Larry was a member of the First Baptist Church, Bedford. He was a 25 year Indiana State Policeman, retiring in 1981. He went on to work for the Utility Department for the City of Bedford, worked in security for 3D and Big Lots Department stores, worked for the Lawrence County Sheriff’s Department and the Lawrence County Circuit Court until his retirement in 2010. Larry was a Past Exalted Ruler of the Elks Club of Bedford, served on the Board of Directors for the Stone City Bank, and served on the Board and was Past President of the Thornton Memorial Boy’s Club, where he volunteered countless hours coaching and refereeing during the 1960’s and 1970’s.
Surviving are his wife, Nancy A. Ikerd, sons, Jeff Ikerd (Pam Henderson), David (Paula) Ikerd, Larry (Malissa) Ikerd, daughters, Julie (Fred) Stout and Lisa (Tim) Ramsay, all of Bedford. Grandchildren Stacey (Damon) Bailey of Bedford, Cari (Matt) Brinegar of Bedford, Mandie Jones of Bedford, Jessica Bailey of Bedford, Jared (Jessica) Staggs of Oolitic, Bryan (Emily) Staggs of Bedford, Amy Ikerd of Indianapolis, Leah Ikerd (Freddy Martinez) of Miami FL., Tatum (Landon) Baker of Greenwood, Cameron Ikerd of Bloomington, Kayleigh (Matt) Hendrix of Bedford, Daniel Stout of Louisville, KY., Alicia Ramsay of Evansville, Austin Ramsay of Indianapolis, Morgan Ikerd of Chicago, IL and Maddie Ikerd of New Albany. Larry had 21 great-grandchildren with the 22nd due in November.
He was preceded in death by his parents, one brother, Harold Ikerd of Clermont Florida in May 2015, a sister, Sara Kaufmann of Killeen, Texas in April 2006 and a daughter, Susie Ikerd Staggs on November 22, 2004.
Funeral service will be on Monday at 11 a.m. at First Baptist Church, Bedford, with Pastor Travis Inman officiating. Burial will be in Cresthaven Memory Gardens. Friends may call on Sunday from 1 p.m. till 6 p.m. at Ferguson-Lee Funeral Home and 10 a.m. until the service hour at First Baptist Church on Monday.
In lieu of flowers, the family asks that friends consider contributions to the American Cancer Society, the First Baptist Church, the White River Humane Society and the Susie Ikerd Memorial Scholarship through the NLCS Foundation.
Online condolences may be sent to the family at www.fergusonlee.com.
Lillian A. Leahy – Bedford
October 14, 1921 – July 24, 2015
Lillian A. Leahy, 93, of Bedford, died at 11:20 p.m. on Friday, July 24, 2015 at St. Vincent Dunn Hospital.
Born October 14, 1921 in Staten Island, NY, she was the daughter of Edward and Lena Zipf. She married John Leahy on September 28, 1944 and he preceded her in death on July 12, 2007. She was a homemaker and member of the St. Vincent de Paul Catholic Church. She was a Pink Lady volunteer at St. Vincent Dunn Hospital.
Survivors include a son, John Leahy and wife, Phyllis, of Carmel, IN; a daughter, Paula Leahy Harris and husband, William, of Monarch Beach, CA; seven grandchildren, Jennifer Reasoner and husband, Thomas, Kristen Leahy, Eric C. Pearson and wife, Stephanie, Nicole Harris, Morgan Rommel and husband, Kurt, Andraya Harris and Sawyer Harris; five great grandchildren.
She was preceded in death by her parents, her husband, John, a granddaughter, Julie Leahy and a sister, Emma Daniels.
Graveside services will be conducted at 11 a.m. on Tuesday, August 4th at Green Hill Cemetery. Burial will follow. No calling hours are scheduled.
The family asks that friends consider memorial contributions be made to the American Cancer Society.
Family and friends may express condolences at www.daycarter.com.
Shirley Ann Cummings – Bedford 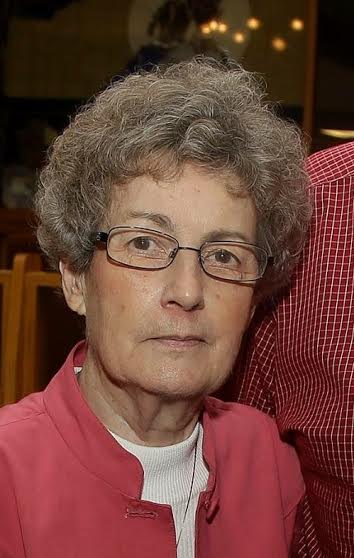 February 12, 1937 – July 29, 2015
Shirley Ann Cummings, 78, of Bedford, died Wednesday, July 29, 2015 at Methodist Hospital in Indianapolis.
Born February 12, 1937 in Lawrence Co., she was the daughter of Kenneth L. and Charlene (Wright) Howell. She married John E. Cummings on September 21, 1958 and he survives. She was a graduate of Oolitic High School with the class of 1955. She retired in 1986 as a clerk at JC Penney and had worked at Bedford Regional Medical Center. She was a member of the First Church of God in Mitchell and a volunteer at L.I.F.E. She and her husband support a young girl, Lovena Rufimo of the Philippian Islands through the Compassion International Organization since she was four years old.
Survivors include her husband, John, of Bedford; two sons, John Brian Cummings of Indianapolis and Darron J Cummings and wife, Donna, of Zionsville, IN; three granddaughters, Dawn Davis and husband, Nathan, Cara Oquendo and Elise Oquendo; two great-grandchildren, Stevie Davis and Liam Davis; a sister-in-law, Mary Sue Howell of Seymour.
She was preceded in death by her parents; two sisters, Marilyn Sue Pritchett and Rita Kay Beavers; a brother, Kenneth Thomas Howell; a brother-in-law, Larry D. Beavers; a daughter-in-law, Phyllis Cummings.
Funeral services will be conducted at 11 a.m. on Monday, August 3 in the Elmwood Chapel of the Day & Carter Mortuary with Rev. Robert Courson and Bro. Darrin Chastain officiating. Burial will follow in Cresthaven Memory Gardens. Visitation will be from 2 p.m. to 6 p.m. on Sunday, August 2 at the Day & Carter Mortuary.
The family asks that friends consider memorial contributions to Bertha’s Mission, c/o the First Church of God, 405 N. 12th Street, Mitchell, IN 47446.
Family and friends may express condolences at www.daycarter.com.