Gary S. Edwards – Bedford
September 24, 1931 – July 28, 2015
Gary S. Edwards, 83 of Bedford, died at 8:45 p.m. Tuesday, July 28, 2015, at his residence.
Born September 24, 1931, in Warren, AR, he was the son of John and Sybil (Sloan) Edwards.
He married Doris Rewolinski on October 18, 1958; and she survives.
Gary was a graduate of Marquette University, Milwaukee, WI; he was retired from NWSC Crane, IN where he was a chemical engineer; he was a veteran of the U.S. Army, having served in the Korean War. He was a member of St. Vincent de Paul Catholic Church, Bedford; a member of Knights of Columbus Council #1166 and Assembly #1921 (4th Degree); and a member of American Legion, Gillen Post #33, Bedford.
Surviving are his wife Doris Edwards, Bedford; one son, Steve (Diana) Edwards, Columbus, IN; two daughters, Elizabeth Young, Georgetown, IN and Jane Harker, Bedford; four grandchildren, Kristin Edwards and Nicholas Edwards, both of Columbus, IN; Cecelia Harker, Bedford; and Gary Young, Georgetown; one great grandchild, Violet Manion; and one brother, Kenneth Edwards.
He was preceded in death by his parents.
Mass of Christian Burial will be at 10 a.m. Saturday, August 1, 2015, at St. Vincent de Paul Church, with Fr. Rick Eldred and Deacon Dave Reising officiating. Burial will be in Cresthaven Memory Gardens. Friends may call on Friday, from 4 p.m. till 8 p.m. at Ferguson-Lee Funeral Home, Bedford. The Knights of Columbus will lead the Rosary, starting at 7:30 p.m. Military Rites will be accorded at the grave by members of American Legion, Gillen Post #33.
Online condolences may be sent to the family at www.ferguson-lee.com.
Carl H. Bradway – Bedford 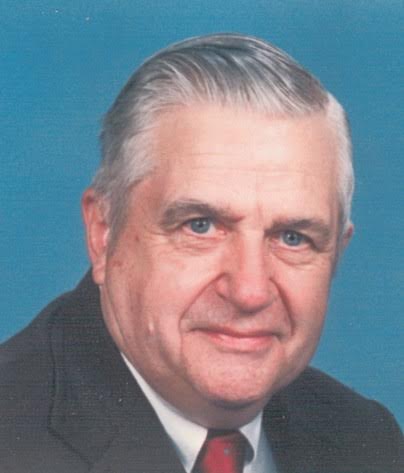 May 23, 1920 -July 28, 2015
Carl H. Bradway, 95, of Bedford, formerly of Wichita, KS, died at 7:20 pm on Tuesday, July 28, 2015 at Westview Nursing and Rehabilitation in Bedford.
Born May 23, 1920, the son of Harrison Morton Bradway and Christina (Lawson) Bradway. He married Dorothy Dobkins on November 26, 1943 and she preceded him in death on January 2, 2015. He was an offset pressman for thirty years. Carl was a U.S. Army veteran of WW II and spent six years serving as staff sergeant in the Army Corps of Engineers. After spending time in Germany and France, Carl returned to the states and helped construct the Alcan Highway in Yukon Territory. The highway connected Dawson Creek, B.C. with Fairbanks, Alaska. He was affiliated with the Church of God in Anderson.
Survivors include a son, Ray Bradway and wife, Charlene, of Bedford; two grandchildren, Kevin Bradway and wife, Mandy, of Bloomington and Carla Hutchinson and husband, Trevis, of Bedford; three great grandchildren, Peyton, Trevin and Carter Hutchinson.
He was preceded in death by his parents, his wife, two sisters, Verda Barnes and Phyllis Doser.
Funeral services will be conducted at 2 p.m. on Friday, July 31st in the Elmwood Chapel of the Day & Carter Mortuary with Pastor Kendall Hendrickson officiating. Visitation will be from Noon until the hour of service on Friday, July 31st at the Day & Carter Mortuary. Burial will be in the Wichita Park Cemetery in Wichita, Kansas on Tuesday, August 4th.
Family and friends may express condolences at www.daycarter.com.
Imogene Denny Roach – Orleans
December 4, 1937 – July 28, 2015
Imogene Denny Roach, 77, of Orleans, left this world at 10:40 pm on Tuesday, July 28, 2015 to be with her Lord and Savior.
Born December 4, 1937 near Monticello, KY, the daughter of Otha and Clara (Hurd) Denny. She married James H. Roach on August 7, 1954 and he survives. She joined Guthrie Creek Primitive Baptist Church on September 17, 1961 and was a faithful member over fifty years. She was a devoted wife and mother to three daughters and two sons.
Survivors include her husband, James, of Orleans; daughter, Sandra Lee Adams and husband, Tony, of Paris Crossing; son, Terry Adam Roach and wife, Teresa, of Garden City, MO; thirteen grandchildren; six great grandchildren; a sister, Alene Apple and husband, Dave; two brothers, Otis Denny and wife, Doris, Randy Denny and wife, Lena. She was preceded in death by her parents and three children, Kathy Jean Bailey, Karen Joy Roach and Neal Harold Roach.
Funeral services will be conducted at 2:30 pm on Saturday, August 1st in the Elmwood Chapel of the Day & Carter Mortuary with Elder Terry Roach and Elder Mike Chastain officiating. Burial will follow in Guthrie Creek Primitive Baptist Cemetery. Visitation will be from 4 p.m. to 8 p.m. on Friday, July 31st at the Day & Carter Mortuary.
The family asks that friends consider memorial contributions be made to the Guthrie Creek Primitive Baptist Church or Cemetery.
Family and friends may express condolences at www.daycarter.com.