Carolyn Sue Prince – Bedford
March 15, 1945-July 3, 2015
Carolyn Sue (Beavers) Prince, 70, of Bedford, passed away at 11:41 a.m.. on Friday, July 3, 2015, at her residence.
Born March 15, 1945, in Lawrence County, Indiana, she was the daughter of Edmond and Gladys (Evans) Beavers. She married Jimmie Edwin Prince on October 13, 1963; he preceded her in death on May 26, 2001. Carolyn attended Tunnelton High School. She worked at several different factories. She was a member of Dive Christian Church.
Surviving are one son, Scott Robert Prince, of Bedford; six sisters, Priscilla (Dallas) Davidson, of Medora, Iva (Roger) White, of Bedford, Clara (Russ) Hiatt, of Indianapolis, Sharon Pierce, of Orleans, Pat (Roger) Brown, of Bedford, and Mary Oliver, of Jamestown; one brother, Roy Beavers, of Bedford; sister-in-law, Joyce (Chuck) Tolliver, of Bedford; several nieces, nephews, and her caretaker, Brittany Reynolds.
She was preceded in death by her parents; husband; one daughter, Jammie Lynn Prince; two brothers, Virgil and Clarence Beavers; and one sister, Grace Sullivan.
Funeral service will be on Thursday, July 9, 2015, at 1 p.m. at Ferguson-Lee Funeral Home, with Reno Bates officiating. Burial will be in Dive Cemetery. Friends may call on Thursday from 10 a.m. till 1 p.m. at the funeral home.
Online condolences may be sent to the family at www.fergusonlee.com.
E. Bernice Canada – Bedford 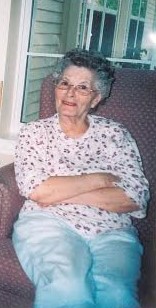 October 28, 1928 – July 4, 2015
Bernice Canada, 86, of Bedford, died at 7:07 am on Saturday, July 4, 2015 at Bliss Place in Bedford.
Born October 28, 1928 in Wayne County, KY, she was the daughter of Rufus N. and A. Myrtle (Jones) Brown. She married James H. Canada on June 26, 1952 and he preceded her in death. Bernice retired from Sarkes Tarzan. She was a kind and gentle soul. She loved to cook and was known for her Sunday dinners.
Survivors include one daughter, E. Roberta Plummer of Bedford; two sons, Nathan H. Canada and his wife Marsha of Indianapolis, and A. Scot Canada and his wife Jill of New Palestine, IN; two grandsons, Eric Canada, and Jeremy Plummer; two great-grandsons, Jesse Plummer, and Ryan Canada; two sisters, Shirley Jones of Amherst, OH, and Barbara Tatom of Greenfield; two brothers, Russell Brown of Monticello, KY, and Howard Brown of Sommerset, KY.
She was preceded in death by her parents, husband, and one brother, Hurstle Brown.
Funeral services will be conducted at 11 am on Thursday, July 9, 2015 in the Elmwood Chapel of the Day & Carter Mortuary with Rev. Dr. Kregg Burris officiating. Burial will follow in Cresthaven Memory Gardens. Visitation will be from 4 p.m. till 8 pm on Wednesday, July 8, 2015 at the Day & Carter Mortuary.
The family asks that memorial contributions may be made to the Alzheimer’s Foundation.
Family and friends may express condolences at www.daycarter.com.
Joyce W. Miller – Bedford 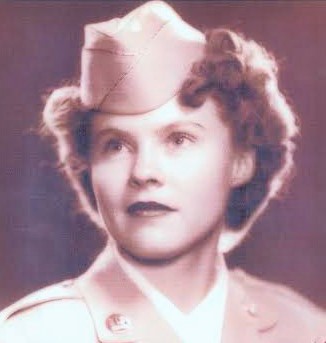 November 16, 1925 – July 3, 2015
Joyce W. Miller, 89, of Bedford, died at 11:25 am on Friday, July 03, 2015 at Garden Villa in Bedford.
Born November 16, 1925, in Broken Bow, OK, she was the daughter of Albert Curtis Green and Opal Vivian Green Cody. She graduated from Morris High School, Morris, OK in 1943.She went right to work at Red River Ordnance, Texarkana, TX and worked a year, then entered the U.S. Army Air Corp. and took basic training in Ft. Oglethorpe, GA. After basic training, she was put on a troop train to California. It took almost a week to arrive in San Francisco, CA and she was then sent to Hammer Field, Fresno, California 4th Air Force. Joyce worked in the base signal center as a teletype operator. Joyce remembered hearing Tokyo Rose several times in the signal room. Upon discharge she went to Norman, OK to a naval air station that was being used as a separation center for the Navy. Joyce met Paul while she was with the Civil Service and they were married August 7, 1946 in the First Baptist Church in Norman. Upon discharge the Miller’s returned to Bedford, IN. Joyce was a member of First Christian Church since 1946. She served as a Deaconess and Deacon. She belonged to Epsilon Sigma Alpha and later Kappa Kappa Sigma. She loved being a mother, housewife, playing golf, working in her yard and playing bridge.
She is survived by her husband, Paul F. Miller, Jr.; two sons, Paul Felix Miller, III, and his wife Sharon of Shelbyville, IN, Steve Miller and his wife Mona of Bedford; two sisters, Nancy K. Green Johnson, AZ; Nita J. Green Gilliatt, Washington; five grandchildren, David Michael Miller, Mark Stephen Miller, Brian Patrick Miller, Michael Stephen Miller and Audra Ann Miller Sater; ten great grandchildren, David’s children; Brody A. Miller, Ian Curtis Miller, Cameron Miller, Brian’s children; Blake Miller, Jacob Scott Miller, Olivia Nicole Miller, Michael’s children; Lilly Grace Miller, Ella Elizabeth Miller and Audra’s children; Coleman Sater and Winifred Sue Sater.
She was preceded in death by her parents; a daughter, Debra Joy Miller; one sister, Betty Jo Green; four brothers, Curtis E. Green, Dr. L.D. Green, James T. Green, and Norman Green.
Funeral services will be conducted at 4 pm on Tuesday, July 7th at the Elmwood Chapel of the Day & Carter Mortuary with Pastor Alan Cloar officiating. Burial will follow in Green Hill Cemetery. Visitation will be from 1 pm until 4 pm on Tuesday, July 7th at the Day & Carter Mortuary.
Memorial contributions may be made to the WIN Mammogram Fund through St. Vincent Dunn Hospital Foundation.
Family and friends may express condolences at www.daycarter.com.
Nora Bolton – Bedford 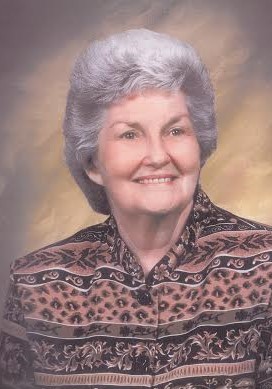 February 21, 1931 – July 4, 2015
Nora Bolton, 84, of Bedford, died at 11:55 pm on Saturday, July 4, 2015 at Johnson Christian Village.
Born February 21, 1931 in Lawrence Co., she was the daughter of Opal and Edith Empson. She married Forrest Bolton and he preceded her in death. She was a beautiful woman with a gentle spirit that left a lasting impression on anyone who met her. She retired from Wal-Mart in Bedford and was a long time member of the Fayetteville Baptist Church.
Survivors include two sons, Kenny Bolton of Fortson, GA and Gary D. Bolton and wife, Connie, of Fayetteville; three grandchildren, Lee Bolton of GA, Mindy Bolton of FL and Casey Mullis and husband, Brady, of Bedford; seven great grandchildren, Jackson and Levi Bolton, Uly, Jasper, Hiram, Bixie and Eamon Mullis; one sister, Mary Pendley of Fayetteville.
She was preceded in death by her parents, her husband, one son, Dennis Bolton; two sisters, Jewell Cogswell and Mildred Carter.
Funeral services will be conducted at 11 am on Wednesday, July 8th in the Elmwood Chapel of the Day & Carter Mortuary with Pastor Kenneth Walden officiating. Burial will follow in Fayetteville Community Cemetery. Visitation will be from 4 pm to 7 pm on Tuesday, July 7th at the Day & Carter Mortuary.
The family asks that friends consider memorial contributions be made to the Fayetteville Baptist Awana youth program.
Family and friends may express condolences at www.daycarter.com.
Kenneth E. Porter – Bedford 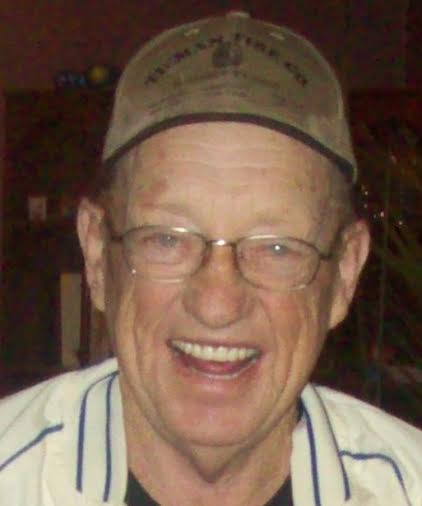 December 26, 1936 – July 2, 2015
Kenneth E. Porter was called home by his Lord on Thursday, July 2, 2015, at 10:20 pm at IU Health Bedford Hospital after complications with pneumonia.
Ken was born on December 26, 1936 in Monroe County to Alva E. and Gladys M. Porter. He was a current member of the family of Stonebridge Health Campus in Bedford, and a former resident of Washington, IN. Ken was blessed with an extraordinary sense of humor and laughter. He was always willing to entertain with a funny story or remembrance. We are thankful he was able to keep his sense of humor, even through his final sickness.
Survivors include two brothers, Robert (Barbara) Porter of Naples, FL and Leroy (Vicki) Porter of Bloomington; three sisters, Janet Landreth (Joe Limp) of Bedford, Brenda (Chris) Kenyon of Kettering, OH, and Joyce (Ron) Clark of Lakeland, FL; and several nieces and nephews.
He was preceded in death by his parents, and one brother, Charles, of Bedford.
Graveside services will be conducted at 2 pm on Wednesday, July 8, 2015 at Valhalla Memory Gardens Chapel in Bloomington with Max Abel officiating. Burial will follow in Valhalla Memory Gardens. Visitation will be from 11 am to 1 pm on Wednesday, July 8, 2015 at the Day & Carter Mortuary.
Family and friends may express condolences at www.daycarter.com.
Ken’s family wishes to thank the special people of Stonebridge Health Campus, who became his extended family and where he called home during his residence there.
Antonio “Tony” Garofola – Bedford
Antonio “Tony” Garofola, 92, of Bedford, died at 3:10 a.m. Saturday, July 4, 2015, at Garden Villa, Bedford.
Born December 8, 1922, in Oolitic, he was the son of Giuseppe Joseph and Mary Teresa (Sissino) Garofola.
Tony did many odd jobs in the Oolitic area including helping with the delivery of the mail. He was a member of Oolitic Pentecostal Church.
Surviving are one sister, Fannie White, Brookville, IN; one brother, Joe Garofola, Bedford; and several nieces and nephews.
He was preceded in death by his parents; one brother, Frank Garofola; one sister, Mary Frances Mosier; three siblings, in infancy; a nephew, Don Mosier and a niece, Tina Garofola.
Funeral service will be at 10 a.m. Wednesday, July 8, 2015, at Ferguson-Lee Funeral Home, Bedford, with Pastor Marty Speer officiating. Burial will be in Green Hill Cemetery. Friends may call on Tuesday from 4 p.m. till 8 p.m. at the funeral home.
Online condolences may be sent to the family at www.fergusonlee.com