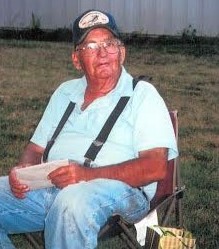 William L. Medley, 74, of Williams, formerly of Ellettsville, passed away at 5:35 pm on Friday, May 1, 2015 at the Indiana University Hospital in Bloomington.
Born on August 17, 1940 in Elletsville, IN, he was the son of Alice (Swafford) and Ralph E. Medley. He married Rhoda Marie Harp on June 5, 1960 and she survives. He retired in 2002 from the Smithville Telephone Co. where he was an Installer and Repairman. He attended the Fayetteville Baptist Church, and was a member of the National Guard.
Surviving is his wife Rhoda Marie, of Williams; two daughters, Tammy Lynn Smith and her husband David of Angola, IN, and Debra Turner and her husband Bobby, of Bedford; eight grandchildren, Kenneth, Adam, Amber, Tyler, Ashly, Nickolus, Nethaneal, and Zaria; one great-grandchild, Gracie; one brother, Ralph Medley of Gosport, IN; one sister, Wilma Ward of Georgia; several nieces and nephews.
He was preceded in death by his parents; and seven siblings, Bob, Margaret, Charles, Harold, Donald, Maxine, and Mary.
Funeral services will be conducted at 1 pm on Wednesday, May 6, 2015 at the Old Dutch Community Church in Ellettsville with Pastor Kenny Walden officiating. Burial will follow in the Old Dutch Community Church Cemetery in Ellettsville. Visitation will be held on Tuesday, May 5th from 3 pm to 8 pm at the Day & Carter Mortuary, and 11 am until the hour of service on Wednesday at the Old Dutch Community Church.
Family and friends may express condolences at www.daycarter.com.
William Mapes – Bedford
William Mapes, 87, of Bedford, died at 6:10 am on Sunday, May 3, 2015, at the White River Lodge.
Arrangements are pending at the Day & Carter Mortuary.
Pearl F. Deckard – Mitchell 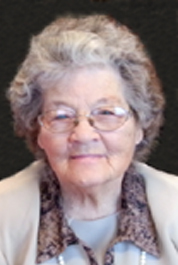 Pearl F. Deckard, 90, of Mitchell, passed away at 7:35 p.m. Friday, May 1, 2015, at Indiana University Health Bedford Hospital.
Born October 11, 1924, in Mitchell, she was the daughter of John Wesley and Edith Viola (Swafford) Thompson. She married Clovis “Beanie” Deckard April 10, 1941, and he preceded her in death September 12, 2000.
Pearl was a homemaker and a member of the Mitchell Senior Citizens and Spice Valley Homemakers Club. She was a member and pianist at Spice Valley Baptist Church and Woodville Baptist Church. She and her husband, “Beanie” entertained at area nursing homes, Spring Mill Inn, Senior Citizens, and various churches throughout the area.
Survivors include daughters, Regina Sorrells, Mitchell, Diana Kay Webb, Orleans, Nedra (Jerry) Hardwick, Bedford, Geni (Steve) Clouse, Palm Coast, Florida, Marlena (Randy) Swartz, Mitchell; 14 grandchildren; 19 great grandchildren; 3 great great grandchildren; sister, Dortha Cooper, Mitchell
Her parents; husband; daughter, Kimberly Dorsett; grandson, Anthony Duane Sorrells; sons-in-law, Ronnie Sorrells and Leroy Webb; and siblings, Jasper Thompson, John Thompson, Don Thompson, Homer Thompson, Robert Thompson, James Milton Thompson, Andrew Thompson, and Hazel Thompson, preceded her in death.
Funeral service will be at 10 a.m. Tuesday, May 5, in the Memorial Chapel of Chastain Funeral Home & Cremation Center with Reverend Larry Brown officiating. Burial will be in Spice Valley Cemetery. Friends may call from 4 p.m. till 7 p.m. Monday and from 9 a.m. until the service on Tuesday at the funeral home. Phi Beta Psi Sorority will conduct a memorial service at 7:30 p.m. Monday at the funeral home.
Condolences may be sent to the family at www.chastainfuneralhome.com
Keith Lawson – Bedford
Burial services for Keith Lawson, who died April 20, will be at 10 a.m. Tuesday, May 5, 2015, at Cresthaven Memory Gardens.
Ferguson-Lee is in charge of arrangements.