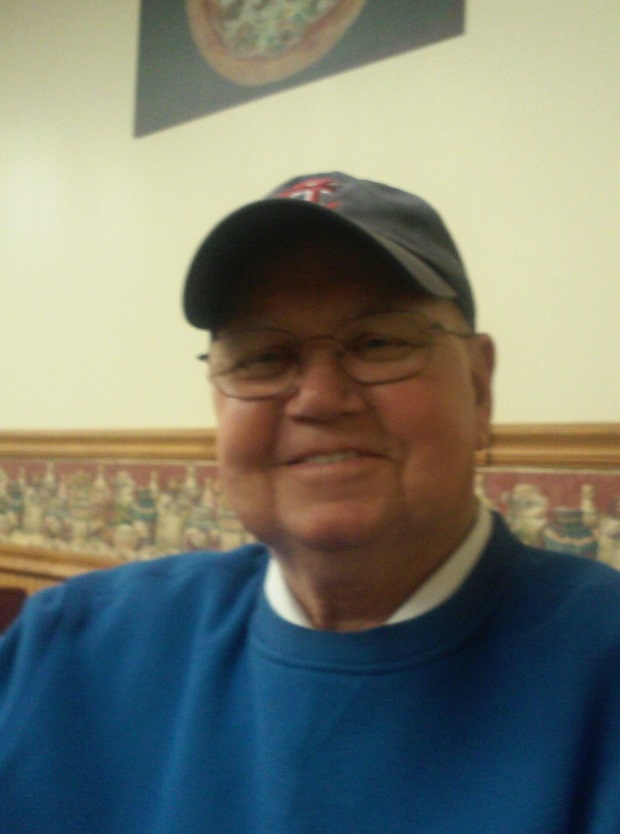 Danny D. “Dee” Ellis, 65, of Mitchell, died at 7:46 pm on Monday, March 16, 2015 at I.U. Hospital in Indianapolis.
Born November 11, 1949 in Indianapolis, he was the son of Danny O. and Marjorie (Lile) Ellis. He married Debra Whalin on September 1, 1973 and she survives. He was a self-employed insurance agent and a veteran of the U.S. Army. He was a member of the American Legion Post and V.F.W. Post of Mitchell, Bedford Masonic Lodge and Oolitic Masonic Lodge.
Survivors include his wife, Debbie, of Mitchell; a daughter, Lauren Barrett and husband, Josh, of Williams; grandchildren, Emily Brewer, Abigail Barrett, Kenzie Barrett, Carter Barrett, Xavier Barrett, Braxton Barrett, Ali Barrett and Xaven Barrett; a brother, David K. Ellis of Florida; five sisters, Sharon Sellers and husband, Harvey, of Gulf Shores, AL, Marjorie “Peachie” Becker and husband, Bruce, of Bedford, Terry Lemm and husband, Denny, of Madison, Sherry Adams of Bedford, Robin Woody and husband, Bill, of Monroe, TN; several nieces and nephews.
He was preceded in death by his parents.
Funeral services will be conducted at 11:00 am on Saturday, March 21st in the Elmwood Chapel of the Day & Carter Mortuary with Pastor Mark Gray officiating. Burial will follow in the Mitchell Cemetery where military rites will be accorded by members of the American Legion Post of Mitchell. Visitation will be from 3:00 pm to 8:00 pm on Friday, March 20th at the Day & Carter Mortuary with a masonic service conducted at 7:00 pm.
Family and friends may express condolences at www.daycarter.com
William J. Weddle – Bedford
William J. Weddle, 83, of Bedford, died at 1:17 am on Tuesday, March 17, 2015 at I.U. Health Bedford Hospital.
Born May 14, 1931 in Hartleyville, IN, he was the son of Guy and Zora (Williams) Weddle. He married Ina Penman on October 18, 1952 and she preceded him in death on July 26, 1967. He later married Emily Hubbs Ernst on July 11, 1975. He retired as an engineer for NWSC Crane and a veteran serving during the Korean War. He was a member of Gillen Post #33 American Legion and BPOE #826 where he was a past Exalted Ruler.
Survivors include his wife, Emily, of Bedford; children, Bill Weddle and wife, Debbie, of Bedford, Dr. Richard Weddle and wife, Kelly, of Bloomington, Jeffrey Weddle and wife, Ann, of Fayetteville and David Weddle of Bedford, Theresa Anderson and husband, Jim, of Palo Alto, CA, Jim Ernst, of Bedford and Susan Liptak and husband, Jim, of Denver, CO; fourteen grandchildren; five great grandchildren.
He was preceded in death by his parents, first wife, two brothers, Guy Weddle, Jr. and Donald (Jack) Weddle; a sister, Bernadine Payne.
Visitation will be from 4:00 pm to 8:00 pm on Thursday, March 19th at the Day & Carter Mortuary. Cremation will follow.
Family and friends may express condolences at www.daycarter.com.