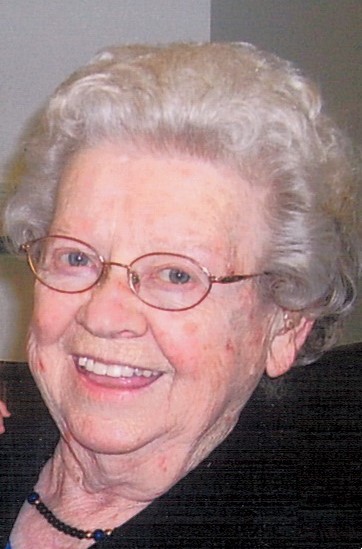 Bernice Ritter, 91, of Bedford, died at 5:00 am on Monday, March 16, 2015 at Stonebridge Health Campus in Bedford.
Born August 26, 1923 in Lawrence Co., she was the daughter of Shirley and Pearl (Kirk) Sharr. She was a graduate of the Needmore High School with the class of 1942. She married Ellis (Red) Ritter and he survives. She was a homemaker and member of the Judah Church of Christ.
Survivors include her husband, Ellis (Red) Ritter, of Bedford; two sons, Danny Ritter and wife, Linda and Larry Ritter and wife, Jamie, all of Bedford; six grandchildren, Jay Ritter and wife, Joy, Jeff Ritter and wife, Summer, Jade Ritter and wife, Beth, John Ritter and wife, Stacy, Chad Ritter and wife, Sharon, all of Bedford and Magen Ritter of Indianapolis; nine great grandchildren, Shawn, Jathan, Faith, Jacob, Carter, Lexi, Reese, Reid and Chase Ritter; sisters, Norma Bartlett, Barbara Bartlett and Ruby Cracraft; one brother, Bob Sharr.
She was preceded in death by her parents, two brothers, Jim Sharr and Harold Dean Sharr (in infancy).
Funeral services will be conducted at 2:00 pm on Thursday, March 19th in the Elmwood Chapel of the Day & Carter Mortuary with Larry Ritter and Frank Binford officiating. Burial will follow in the Judah Cemetery. Visitation will be from 4:00 pm to 8:00 pm on Wednesday, March 18th and from 1:00 pm until the hour of service on Thursday, March 19th at the Day & Carter Mortuary.
Family and friends may express condolences at www.daycarter.com.