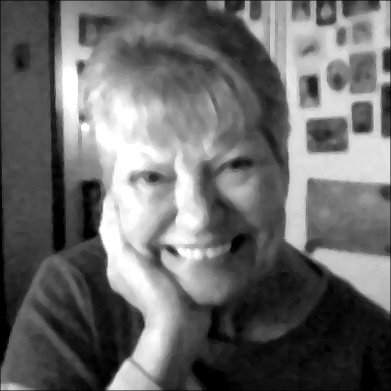 Karen DeGrasse, 71, of Mitchell, died Monday, February 23, 2015 at her residence.
Born February 26, 1943 in Lawrence Co., she was the daughter of Roy and Catherine (Shelton) Craig. She married Frank E. DeGrasse on December 2, 1960 and he preceded her in death on October 24, 1992. She retired as a super-duper custodian for the Mitchell High School and was of the Christian faith. She enjoyed cooking, sewing, music, games and watching Judge Judy. She was a hard-working, strong, independent woman who will be remembered for her loving heart.
Survivors include a daughter, Denise Masterson and husband, Kevin, of Bedford; two sons, Steven DeGrasse and wife, Angel, of Corydon and Brady DeGrasse of Panama City Beach, FL; a sister Brenda Phillips of Bloomington; grandchildren, Brandi Masterson and partner, Jeremy Taylor, of Bloomington, Kory Masterson and wife, Stacy, of Bedford, Erin Masterson and partner, Brian Davis, of Bloomington, Isaiah and Mackenzie DeGrasse both of Corydon; two great grandchildren, Piper and Shepherd Masterson.
She was preceded in death by her parents, her husband, two brothers, Eddie and Charles Craig; two sisters, Donna Hackett and Anita Thompson.
Funeral services will be conducted at 6 p.m. on Saturday, February 28th in the Elmwood Chapel of the Day & Carter Mortuary. Visitation will be from 4 p.m. until the hour of service on Saturday, February 28th at the Day & Carter Mortuary.
Family and friends may express condolences at www.daycarter.com.
William F. Kern – Bedford 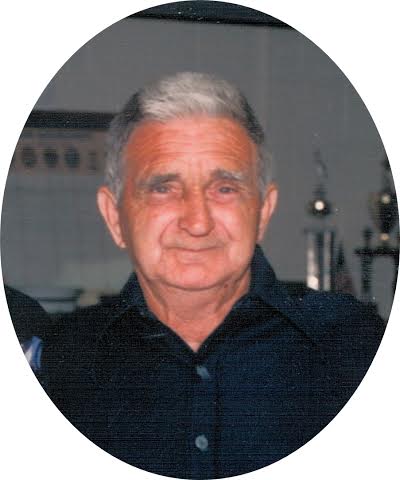 William F. Kern, 95, of Bedford, went to be with his Savior at 1:30 pm on Monday, February 23, 2015 at Garden Villa.
Born October 21, 1919, he was the son of Harry W. and Nancy (Gyger) Kern. He married May Ellen Fordice on October 21, 1950 and she preceded him in death on January 15, 1996. He retired in 1982 from NWSC CRANE after twenty-nine years of service as a railroad man and high explosives technician. His hobby was his business, Odds and Ends Jobs. He enjoyed helping others in his neighborhood and loved his flowers. He was a member of the First Assembly of God Church. He was a veteran of WW II serving with the U.S. Army where he participated in the Battle of Normandy and the campaigns of Northern France, Rhineland and Central Europe. He earned the EAME Theatre Ribbon with four Bronze Stars, American Theatre Ribbon, Good Conduct Ribbon and the WW II Victory Medal.
Survivors include a son, Kenneth Kern; a step-son, Billy Joe McDonald and wife, Tomiko; two daughters, Patricia Bex and husband, Bob, and Nancy Kern; a grandson, Matt Turner and wife, Dianna of Bedford, a granddaughter, Angie Turner Chase and husband, Joe, of Springville; four great grandchildren, Lauren Allison Turner, Garrett Timothy Turner, Ashley Jo Chase and Taylor Nicole Chase; a sister, Elizabeth Woods of Columbus, OH; three brothers, Claude Kern and wife, Sara, of Bedford, Cecil Kern and wife, Debbie, of Pennsylvania, John Kern and wife, Pat of Florida; nieces, Kathy Jean Artman of Bloomington and Tracy Parr of Brownstown who was raised in the home for seven years; nephews, Cale, Travis, Roger and Ronnie Kern and Alan Jarvis all of Bedford and several other nieces and nephews. He was preceded in death by his parents, his wife, two sisters, Trula Reynolds and Anna Marie Jarvis; five brothers, Roland Kern and Perry Harold Kern (in infancy), Wilbur, Winford and Warren Kern; two sisters-in-law, Mae and Dorothy Kern; three brothers-in-law, Richard Reynolds, Ron Jarvis and Dennis Woods, a nephew Dallas Kern, and a son-in-law, Tim Turner.
Funeral services will be conducted at 2:00 pm on Monday, March 2nd in the Elmwood Chapel of the Day & Carter Mortuary with Pastor Randy Baker officiating. Burial will follow in Green Hill Cemetery where military rites will be accorded by members of Gillen Post #33 American Legion and D.A.V. Chapter 2. Visitation will be from 11:00 am until the hour of service on Monday, March 2nd at the Day & Carter Mortuary.
The family asks that friends consider memorial contributions be made to Lawrence County Cancer Patient Services or Alzheimer’s Assoc.
Family and friends may express condolences at www.daycarter.com.