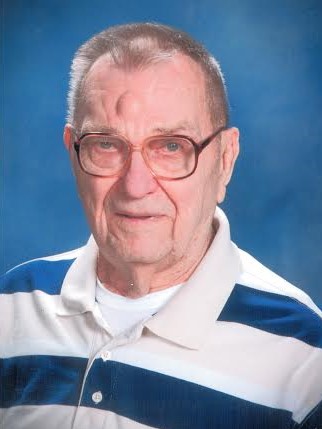 Stephen E. “Bud” Hassler, 89, of Bedford, died at 7 pm on Thursday, February 19, 2015 at his residence.
Born April 5, 1925 in Evansville, he was the son of Steven E. and Stella (Kessen) Hassler. He married Marianna Laine on June 12, 1948 and she preceded him in death on September 8, 2004. He retired in 1982 after thirty-six years of service as a construction supervisor for Indiana Bell. He was a veteran of WW II serving in the U.S. Navy and achieving the rank of submariner-cook, second class. He was a member of the Cecil Martin Post #250 American Legion in Mitchell, St. Mary’s Catholic Church in Mitchell, original founder Shawswick Volunteer Fire Dept. and Spencer Conservation Club and a life member of Indiana Telephone Pioneers.
Survivors include six children, Dennis Hassler and wife, Kathy, of Terre Haute, Julie Smith of Bloomington, Don Hassler and wife, Melissa, Chris Hassler and wife, Elnora, Susan Taylor and husband, Michael and Tim Hassler and companion, Jennifer, all of Bedford; nine grandchildren; nine great grandchildren.
He was preceded in death by his parents, his wife, one son in infancy, three grandchildren in infancy, one brother, Jerry Hassler and a sister, Ruth Ellis.
Funeral services will be conducted at 1:00 pm on Monday, February 23rd at St. Mary’s Catholic Church in Mitchell with Father Rick Eldred and Deacon Dave Reising officiating. Burial will follow in Cresthaven Memory Gardens with military rites accorded at the graveside by members of Cecil Martin Post #250 American Legion. Visitation will be from 4:00 pm to 8 pm on Sunday, February 22nd and from 10:30 am until Noon on Monday, February 23rd at the Day & Carter Mortuary where a rosary service will be conducted at 7:30 pm. The family asks that friends consider memorial contributions be made to St. Jude’s Childrens Hospital.
Family and friends may express condolences at www.daycarter.com.
Stephen E. “Bud” Hassler – Bedford
Stephen E. “Bud” Hassler, 89, of Bedford, died at 7 pm on Thursday, February 19th at his residence.
Arrangements are pending at the Day & Carter Mortuary.
Phillip D. Melvin – Bedford 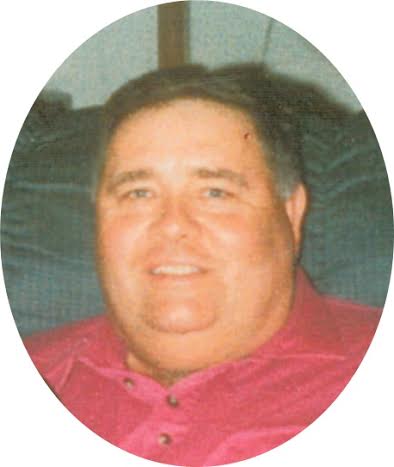 Phillip D. Melvin, 72, of Bedford was called home at 2 pm on Wednesday, February 18, 2015 at University of Louisville Hospital in Louisville, KY.
Born February 23, 1942 in Lawrence Co., he was the son of Charles Franklin and Golda (Miller) Melvin. He married Brenda Garrison on May 3, 1980 and she survives. He was a graduate of Shawswick High School. He was a retired master carpenter and builder of many homes in Bedford and surrounding areas. He was a true outdoorsman who loved fishing, hunting, mushroom hunting, trapping and gardening. When he wasn’t in the woods, he loved spending time with his family. He enjoyed singing country music and playing guitar.
Survivors include his wife, Brenda, of Bedford; children, Kent Melvin and wife, Tally, of Bedford, Rob Melvin of Georgia, Derek Melvin and wife, Susan, of Bedford, Jeff Gregory of Judah and Crystal Gregory and her fiancé, Jerry Webb of Bedford; a sister, Sharon Pate and husband, Wayne, of Bloomington; a brother, Jerry F. Melvin and wife, Ruth of Bedford; grandchildren, Kyle Melvin, Logan and Mackenzie Melvin, Jesse Gwin and Chelsea Webb all of Bedford; several nieces and nephews.
He was preceded in death by his parents, one nephew, Mike Barger.
Funeral services will be conducted at 1 pm on Tuesday, February 24th in the Elmwood Chapel of the Day & Carter Mortuary. Burial will follow in Dishman Cemetery. Visitation will be from 4 pm to 8 pm on Monday, February 23rd at the Day & Carter Mortuary.
Family and friends may express condolences at www.daycarter.com.
Larry James Stevens – Mitchell
Larry James Stevens, 74,of Mitchell, passed away at 12:30 p.m. Wednesday, February 18, 2015, at his residence.
Born July 27, 1940, in Mitchell, he was the son of Shelby Cleo and Anna (Davidson) Stevens. He married Mary L. Box November 30, 1968. Larry retired from Dana Corporation, and was a member of the Indiana National Guard.
Survivors include his wife, Mary L. Stevens, Mitchell; daughter, Susan Renee May, Indianapolis; grandchildren, Adara Faith Edwards, Haley Amara May; 3 great grandchildren; siblings, Shelby Eugene Stevens, Columbus, Ohio, Catherine Earl, Bedford
His parents and siblings, Robert Stanley Stevens and Jenny Sue Nicholson, preceded him in death.
Funeral service will be at 11:30 a.m. Wednesday, February 25, in the Memorial Chapel of Chastain Funeral Home & Cremation Center. Burial will be in Mitchell Cemetery with military honors accorded by American Legion Post No. 250 and Veterans of Foreign Wars Post No. 9107. Friends may call from 5 p.m. till 8 p.m. Tuesday, and from 10:30 a.m. until the service on Wednesday at the funeral home.
Condolences may be sent to the family at www.chastainfuneralhome.com