Dorothy I. Bradway – Bedford
Dorothy I. Bradway, 90, of Bedford and formerly of Wichita, Kansas, died at 7:40pm on Friday, January 2, 2014 at the I.U. Health Bedford Hospital.
Born on August 13, 1924 in Winfield, Kansas, she was the daughter of Leonard Simpson Dobkins and Minerva Jane (Fletcher) Dobkins. She married Carl Howard Bradway on November 26, 1943 and he survives. While living in Wichita, Carl and Dorothy were Charter members of the Pawnee Avenue Church of God.
Surviving with her husband, Carl of Bedford is her son, Ray Bradway and his wife, Charlene of Bedford; two grandchildren, Kevin Bradway and his wife, Mandy of Bloomington and Carla Hutchinson and her husband, Trevis of Bedford, three great grandchildren, Peyton, Trevin and Carter Hutchinson; two sisters, Maxine Folmer of Colorado and Mildred Lerner of California.
She was preceded in death by her parents, infant daughter Mary Ann and nine siblings.
Funeral services will be conducted at 2 p.m. on Tuesday, January 6th in the Elmwood Chapel of Day & Carter Mortuary with Pastor Kendall Hendrickson officiating. Visitation will be held at Day & Carter on Tuesday, January 6th from Noon until the hour of service. Burial will be in the Wichita Park Cemetery, Wichita, Kansas on Monday, January 12th. In lieu of flowers contributions may be made to the Johnson Christian Village.
Family and friends can offer condolences at: www.daycarter.com
William Clement Farrell – Loogootee
William Clement Farrell, 83, of Loogootee, passed away on Friday, January 2, 2015 at Loogootee Nursing Center.
Born May 23, 1931 in Loogootee, Indiana, he was the son of John Vernon and Alberta (Padgett) Farrell. He married Janet Harder on November 28, 1957; and she preceded him in death on January 18, 1998. He later married Eleanor Arvin; and she preceded him in death in 2012. He was a graduate of Loogootee High School, Class of 1949. He retired from Crane Naval Base in the 1990’s. He was a member of the American Legion Post #61. Mr. Farrell was a member of St. John’s Catholic Church of Loogootee. He was a veteran of the United States Air Force where he served in Korea.
Surviving are three daughters, Joni and Rick Parks, of West Bend, WI, Judith Lynch, of French Lick, and Lisa and Kenny Elliott, of Jasper; one son, Jeffery A. Farrell, of Shoals; seven grandchildren, Seth Dickey, Josh Lynch, Kaci Lynch, Matt Parks, Kyle Parks, Nick Elliott, and Ben Elliott; three great-grandchildren, Colton, Elijah, and Arianna Dickey; three brothers, Jim Farrell, Indianapolis, Al Farrell, Santa Claus, IN, and Larry Farrell, Speedway; and two sisters, Barbara Link, Brownsburg, and Martha Love, Loogootee.
Mass of Christian Burial will be on Tuesday, January 6, 2015 at 10 a.m. at St. John’s Catholic Church in Loogootee, with Father Ken Walker officiating. Burial will be in Spring Hill Cemetery. Friends may call on Monday, 4-8 p.m. at Queen-Lee Funeral home, Shoals.
Online condolences may be sent to the family at www.queenlee.com.
Jeanette (Acton) Bridwell – Bedford 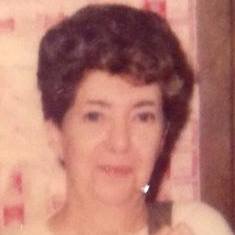 Jeanette (Acton) Bridwell, 82, of Bedford passed away on Wednesday December 31, 2015 at 9:15 p.m. at Garden Villa in Bedford.
She was born in Lawrence County on November 8, 1931 to Orville L. and Katherine Belle (Marley) Trueblood. She was a 1950 graduate of Huron High School and was a member of the Port Williams Church of Christ and attended the First Baptist Church in Bedford later in life.
Jeanette worked as an accounts receiving clerk at Bedford Regional Medical Center retiring in 1997. She married George Edward Acton in September 1950 and he preceded her in death in September of 1978, she then married Jack Bridwell in November of 1995 and he preceded her in death in July 2013.
Survivors include two daughters, Leann (Michael) Acton-Anderson of Springville and Diane Acton of Bedford; one son, Steve (Nancy) Acton of Ownesburg; five grandchildren, Cinnamon (Fred) Howell and Stephanie Acton, both of Greenfield; Jamie Clark (Joe Penwell) and Kyli Chenault, both of Bedford, and Shallen Acton of Morristown, ten great grandchildren; one brother, Gordon (Lucy) Trueblood of Columbus
She was preceded in death by her parents, first husband, George Acton, second husband Jack Bridwell
Funeral services will be held at 2 p.m. on Tuesday January 6, 2015 at Cresthaven Funeral Home in Bedford, burial will follow in Port Williams Cemetery. Friends may call on Tuesday from 11 a.m. until service time at 2 p.m. at Cresthaven Funeral Home
Ronald Virgil Essex – Bedford

Ronald Virgil Essex, 82, of Bedford, passed away at his residence on Wednesday, December 31, 2014.
Born June 16, 1932 in Bedford, Indiana, he was the son of Leslie and Alice (Smith) Richardson.
He married Virginia Sue Fisher, on June 21, 1980; and she survives. He was a warehouse man for Boise Cascade Corp. in Idaho, and also worked at Crane Naval Base. Mr. Essex was a member of the VFW of Mitchell Post #9107; the Lebanon Moose Lodge #1269; Mitchell Senior Citizens; Hope Methodist Church; he was a veteran of the U.S. Navy; and a member of the Stone Country Band. He adored his family and playing country music, he enjoyed hunting and fishing trips with his friends, and driving his white Dodge truck for coffee runs all through town. His greatest accomplishment was being friends and playing music with Merle Haggard.
Surviving are his wife, Virginia Sue Essex, of Bedford; one daughter, Donna Case, of Bedford; three sons, Rick (Brenda) Ratliff, of Orleans, Mickey (Becky) Ratliff, of Heltonville, and Danny (Ruth) Ratliff, of Avoca; nine grandchildren, Sarah (Billy) Roach, of Bedford, Tiffany Sanders, of Bedford, Chelsea Bridges, of Bedford, Jeremy (Brooke) Ratliff, of Fayetteville, Jason (Lisa) Parsley, of Bedford, Emilee (Jamie) Meadows, Jill (Tim) Robertson, of Bedford, Amanda ( Steven) Gore, of Avoca, and Danielle (Dave) Self; fourteen great-grandchildren, Avery, Austin, Gracie, Brooklynn, Ava, Camden, Savannah, Miranda, Haley, Braden, Jarrott, Kelsey, Addison, and Emma.
He was preceded in death by his parents, and one son, Tracey Ratliff.
Graveside service will be on Monday, January 5, 2015, at 2 p.m. at Dive Cemetery.
Online condolences may be sent to the family at www.fergusonlee.com.
Juanita Marie Shepperd – Bedford 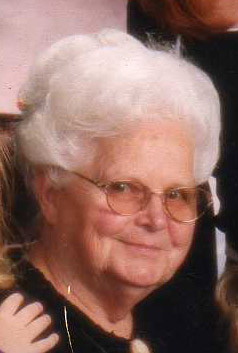