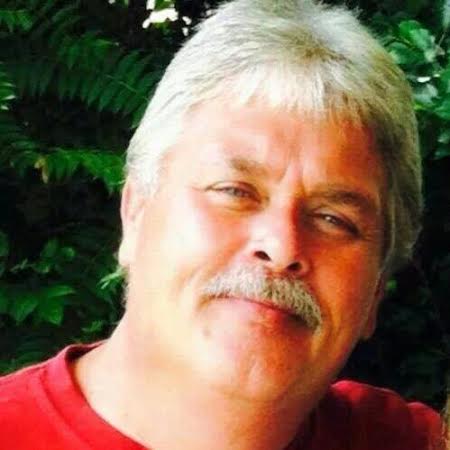 Troy D. Borden, 49, of Lawrence County passed away unexpectedly on Tuesday December 16, 2014 at 1:45 p.m. in Bloomington.
He was born in Bedford to Harry & Dorothy (Cunningham) Borden on February 25, 1965. Troy married Trisha (Starr) Borden and she survives. He had previously worked at Dana Corporation in Mitchell, where he was Union President of Steelworkers Local #119; he later attended Ivy Tech in Bloomington where he became an HVAC Technician. He was a member of the Blackwell Pentecostal Church in Heltonville. Troy served many years as a Foster parent to children in Lawrence County, he was an amazing, kind and gentle man, and he loved people. He will be missed by his loving family and friends.
Survivors include his wife, Trisha Borden of Bedford, his mother, Dorothy Borden of Bedford, five daughters, Tiffany (David) Axsom of Bedford, Rachel Scott of Topeka, Kansas, Briana (Ryan) McNutt of Lebanon, Tabitha Borden of Bedford and Timberlin Borden of Bedford, brothers, Stephen Borden of Bedford, and Greg Borden of Arkansas, sister, DeAnna Pineira of
Bedford, five grandchildren, Dacey, Dawson, and Driven Axsom, Conner Meredith, and Abigail McNutt.
He was preceded in death by his father, brother, James Borden
Celebration of life will be held at 5 p.m. on Saturday, December 20, 2014 at the Blackwell Pentecostal Church, 9018 South Chapel Hill Road, Heltonville. Friends may call from 3 p.m. until 5 p.m. on Saturday at the church
Cresthaven Funeral Home is in charge of arrangements
Gene Lee – Bedford
Robert E. Lee, 83, of Bedford, died at 9:45 a.m. on Wednesday, December 17, 2014 at Westview Nursing and Rehab. in Bedford.
Born January 15, 1931 in Lawrence Co., he was the son of Fred and Leatha (Rose) Lee. He married Delores Jeanette Fowler in 1951 and she preceded him in death on January 31, 2013. He graduated from Oolitic High School, and was a retired machinist at Jerden Industries in Bloomington.
Survivors include three sons, Gary Lee and wife, Gail and Steve Lee and wife, Mary, all of Bedford, Larry Lee and wife, Charlotte, of Avoca; six granddaughters, Marie, Kayla and Jackie Lee, Tonia Cummings and husband, Josh and Jennifer Teike and husband, Brian, Jackie Tirey; two grandsons, Joe and Robbie Lee; three great grandchildren and a brother, Don Lee and wife, Eldina, of Fayetteville.
He was preceded in death by his parents, his wife and a sister, Lois Cobb.
Funeral services will be conducted at 2 p.m. on Monday, December 22, 2104 in the Elmwood Chapel of Day & Carter Mortuary with Millard Jones officiating. Visitation will be from noon until the hour of service on Monday at the Day & Carter Mortuary.
Family and friends are invited to leave condolences at www.daycarter.com.