James E. (Jim) Robinson – Bedford
After a long struggle, James E. (Jim) Robinson, 76, of Bedford, left his temporary home on Sunday morning for his eternal one in Heaven.
Born April 24, 1938, in Lawrence County, he was the son of Virginia (Kirkman) Howell and Gordon Robinson. He leaves behind his loving wife and best friend, Kathy (Stigall) Robinson. Also surviving are his sons, Jimmy (Mary Beth), of Indianapolis, and Mark (Beth) Robinson, of Springville, and step sons, Kurt (Crystal) of Bedford and Kirby (Cheri) Stailey, of French Lick. He also leaves behind brothers, Ed (Phyllis) Howell of Mitchell, Danny Howell of McLean, VA Steve Robinson of Stockbridge, GA and sister, Maryellen Nagel of Stockbridge, GA. He will be deeply missed by his grandchildren, Amy (Ryan) Birge, Emily Robinson, Wes (Lauren) Robinson, Megan Robinson, Carson, Addison and Kraig Stailey, and Darian (SPC Ben) Taylor, and great-grandson, Maverick, as well as several nieces, nephews, and cousins.
Preceding him in death besides his parents was his brother, Ron Robinson of Atlanta, GA. He acquired an accounting degree from Indiana University and worked as a loan officer and vice president of a bank. He was a graduate of Indiana Real Estate School, as well as the Law Enforcement Academy in Plainfield, IN. He spent 43 years doing what he loved; working in law enforcement. He was Chief Deputy at both Lawrence County and the Town of Nashville, and Detective Commander (Major) at the Bedford City Police, retiring from all three departments. He was passionate about helping others and mentored many individuals who chose a career in law enforcement. He was a Korean veteran, proudly serving in the U.S. Army. He was a member of Hillcrest Christian Church and a lifetime member of the Fraternal Order of Police. He served as a volunteer for the Bedford Boys Club for several years. He was an avid golfer and enjoyed traveling with his wife.
Funeral services will be conducted at 11:00 am on Wednesday, November 26, 2014 at the Hillcrest Christian Church with Pastor Mark Fugate and Pastor Roland Holtsclaw officiating. Burial will follow in the Patton Hill Cemetery where military rites will be accorded by members of Gillen Post #33 American Legion and D.A.V. Chapter #2. Visitation will be from 4:00 pm to 8:00 pm on Tuesday, November 25th and one hour prior to the service on Wednesday at the Hillcrest Christian Church.
Pallbearers are: Wes Robinson, Kraig and Carson Stailey, Mike and Jason Branham and Rick Lewis.
Memorial contributions may be made to the Lawrence County Cancer Patient Services, the American Parkinson Disease Association, Inc. 135 Parkinson Ave., Staten Island, New York, 10305 or I.U. Health Hospice House, 2810 S. Deborah Dr., Bloomington, IN 47430.
Family and friends are invited to sign the guest book and light a candle in memory of James at www.daycarter.com.
Roland Wade Stockton – Bedford 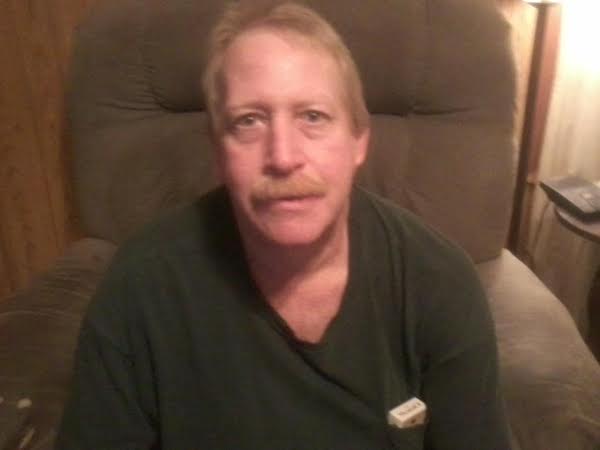 Roland Wade Stockton, 51, of Bedford, passed away on Monday November 17, 2014 at 6:12 a.m. at IU Bloomington Hospital.
He was born in Bedford on March 25, 1963 to Leslie Stockton, Jr. and Nan (Baker) Faubion. He married Julie Sauerheber on November 16, 2007 and she survives.
Roland was a Lieutenant at the Lawrence County Sheriff’s Department for many years, prior to his death he was working for the Indiana Department of Natural Resources (DNR) as a communications dispatcher.
Roland had a big heart and loved working as a dispatcher for the Lawrence County Sheriff’s Department, and made a new family dispatching with the DNR.
Survivors include his wife, Julie Stockton of Bedford, his father and step-mother, Leslie and Betty Stockton of Bedford, his mother Nan Faubion of Bedford, two sons, Isaac Stockton of Branchville, and Josh Stockton of Bedford, brother Anthony (Mary) Stockton of Bedford, sister Debra (Lee) Van Gelder of Florida, two grandchildren
Preceded in death by his grandparents, Leslie and Edda Stockton, Sr. and Willie and Hazel Baker, step-father, Jerry Faubion
Funeral services will be on Wednesday November 26, 2014 at 1 p.m. at Cresthaven Funeral Home in Bedford Friends may call on Tuesday November 25, 2014 from 5 p.m. until 8 p.m. at Cresthaven Funeral Home; burial will follow in Cresthaven Memory Gardens
Ronald Walton – Mitchell
Ronald Walton, 69, of Mitchell, passed away Saturday, November 22, at his residence.
Funeral arrangements are pending at Chastain Funeral Home & Cremation Center.
Michael Herman Taylor – Bedford
Michael Herman Taylor, 60, of Bedford died at 6:00 pm on Friday, November 21, 2014.
Born February 4, 1954 in Lawrence County he was the son of Herman and Frona (Pace) Taylor. He retired from the Indiana Limestone Company in Oolitic, IN. He had served in the Indiana National Guard Bedford 3658 Maintenance Battalion.
Survivors include his parents: Herman and Frona Taylor of Bedford; one brother: Jeffrey Leo Taylor and his wife Angie of Springville; three sisters: Brenda Enochs of Bedford, Nancy Kelley and her husband Brian of Avoca, and Margaret Barnes and her husband Bob of Bloomington; seven nieces and nephews, and several great nieces and nephews.
Funeral services will be conducted at 11:00 am on Tuesday, November 25th in the Elmwood Chapel of the Day & Carter Mortuary with Pastor Doug Kelley officiating. Burial will follow in the Dive Christian Church Cemetery. Visitation will be from 4 pm until 8 pm on Monday, November 24th and from 10 am until the hour of service on Tuesday at the Day & Carter Mortuary.
Family and friends are invited to sign the guest book and light a candle in memory of Michael at www.daycarter.com.