Helga L. Riley – Paoli
Helga L. Riley, 80, of Paoli, passed away on November 18, 2014 at 12:33 PM at the IU Health Bloomington Hospital.
She was born October 21, 1934 in Heilbronn, Germany, the daughter of Friedich and Ottlie (Schmidt) Klenk. She attended Paoli Wesleyan Church and was a homemaker.
She is survived by one son, Billy Joe Riley of San Ramon, CA and three grandchildren.
She was preceded in death by her parents and husband, Glen Riley.
Friends are invited to visitation at the Ochs-Tetrick Funeral Home on Thursday, November 20, 2014 from 4 p.m. to 8 p.m.Burial will be 10 a.m. on Friday in Mount Pleasant Baptist Cemetery, in Orleans, IN.
In lieu of flowers, please send donations to Paoli Wesleyan Church in Helga’s name.
Online condolences may be sent to the family at ochstetrick.net.
Bonnie Marie Roberts – Huron 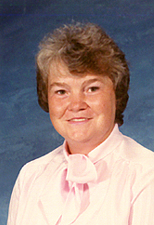 Bonnie Marie Roberts, 74, of Huron, passed away at 8:35 p.m. Monday, November 17, 2014, at Mitchell Manor Living and Rehabilitation Center.
Born December 3, 1939, in Lawrence County, she was the daughter of Charles and Lillie Mae (Pitman) Simpson. She married Walter Eugene Roberts April 15, 1961.
Bonnie worked a few years at the Trav-Ler plant in Orleans, where she met her husband-to-be. She was a homemaker until beginning a 34 year career with the Mitchell Community Schools. Bonnie worked in the Huron Elementary cafeteria until the school closed in 1982. She was then a teacher’s aide for 18 years at Hatfield Elementary until her retirement in 2004.
She graduated from Huron High School in 1958 and was an active member of the Huron Church of God. Bonnie served in many capacities throughout her adult life. She was serving as the church secretary-treasurer, Sunday school secretary-treasurer, chairperson of the advisory council, and president of the Ladies Missionary Society, a position she had held for 36 years at the time she became ill in September 2013. Bonnie was also a former 4-H Leader and Cub Scout den mother. Bonnie enjoyed a variety of activities such as sewing, reading, gardening, quilting, and was known as an excellent cook. She was most content when seated on a riding mower, or the family’s small farm tractor mowing grass. Always a supporter of her husband’s and son’s activities, she continued with the grandchildren, as she seldom missed a 4-H activity, sports event, musical, awards program, or any other endeavor they might be involved with.
Survivors include husband, Eugene Roberts, Huron; sons, Robin Eugene (Jill) Roberts, Bedford, Ryan Eric (Rhonna) Roberts, Bedford; grandchildren, Darci, Andrew, Adam, and Bret; sisters, Goldie (Kenneth) Mundy, Columbus, Lucille Kelly, Columbus, Rosabelle (Randell) Knight, Huron; step-sisters, Lorene Mitchell, Oolitic, Marcia Tolbert, Williams; sister-in-laws, Betty Raney, Shoals, Shirley Mundy, Fayetteville. She is also survived by numerous nieces and nephews.
Her father; mother, Lillie Simpson Etchison; sister, Ilene Richardson; brothers, Harold, Jesse, Ralph, and Leithel Mundy preceded her in death.
Funeral service will be at 1 p.m. Friday, November 21, in the Memorial Chapel of Chastain Funeral Home and Cremation Center with Bro. Paul Kirby and Bro. Allen Burris officiating. Burial will be in Huron Cemetery. Friends may call from 3 p.m. to 8 p.m. Thursday and from 11 a.m. until the service on Friday at the funeral home.
Casketbearers: Andrew Roberts, Darci Roberts, Adam Roberts, Bret Roberts, Robin Roberts, and Ryan Roberts
Condolences may be sent to the family at www.chastainfuneralhome.com
Viola “Vicky” M. Bunch – Bedford
Viola “Vicky” M. Bunch, 70, of Bedford, died at 3:18 pm, on Monday, November 17, 2014 at I.U. Health Bedford Hospital.
Born June 26, 1944, in Lawrence Co., she was the daughter of Lowranzo (L.D.) and Viola F. (Roberts) Bunch. She enjoyed visiting places and meeting people. She attended Mt. Pleasant Special Needs Church and Faith Mission Church.
Survivors include her guardian, Joanne Adams of Bedford; several cousins and caregivers from Stonebelt.
She was preceded in death by her parents, a sister, Diane Bunch and a brother, Michael Bunch.
Graveside services will be conducted at 2:00 pm on Friday, November 21st at Beech Grove Cemetery with Rev. Ben Colburn officiating. Burial will follow. Visitation will be from 12:00 Noon to 1:45 pm on Friday, November 21st at the Day & Carter Mortuary.
The family asks that friends consider memorial contributions be made to Mt. Pleasant Special Needs Church or Stonebelt Center.
Family and friends are invited to sign the guest book and light a candle
in memory of Vicky at www.daycarter.com.