Anna Lou McCune – Bedford
Anna Lou McCune, 83, of Bedford, died Friday, November 14th at I.U. Health Bedford Hospital.
Arrangements are pending at the Day & Carter Mortuary.
Richard “Dick” Edmond Hoefer – Bloomington
Richard “Dick” Edmond Hoefer, 83, of Bloomington, passed away at 2:45 a.m. on Thursday, November 13, 2014 at his residence.
Born November 20, 1930 in Alden, Iowa, he was the son of John J. Hoefer and Anna (Wilkins) Hoefer.
He married Vera Lea Clay on July 12, 1983; and she survives. He was a member of St. Vincent de Paul Catholic Church. He was a veteran of the United States Army, serving in the Korean War where he was a recipient of the Purple Heart. He also received Combat Infantry Badge, a United Nations Service Medal, and a Korean Service Medal with two Bronze Camp Stars. He was a member of the Knights of Columbus #1166, Bedford, and the Indiana State Seniors Golf Association. He was a Kentucky Colonel, the Director of Vista del Mar Condo Association, Perdido Key, FL, CDR-(DAV), Kentucky. He was an instructor of maintenance at assistance team for NG and Army Reserve for KY, OH, IN, and MI for Ft. Knox Kentucky. He was the RCIA Director of St. Matthews Church, Indianapolis, IN. He worked for the United States Federal Civil Service as the Director of Logistics, Seventh Corps; serving in Stuttgart, Germany, Fort Knox, KY, and Fort Drum, NY, where he retired in 1992.
Surviving are his wife Vera Lea Hoefer, Bloomington, IN; three daughters, Liza (Anthony) Najem, Carla (John) Santos, Bloomington, IN, and Veronica Conte-Clark; eight grandchildren, Kristin (Chad) Garber, Antone (Emily) Najem, Alex Najem, Andrew Najem, Amanda Santos, Samantha Santos, Ian Clark, and Briana Clark; three great-grandchildren, Malaki, Chase, and Colette; two brothers-in-law, James Clay, Winston-Salem, NC, and Don (Susan) Clay, Lexington, NC.
Mass of Christian burial will be on Monday, November 17, 2014, at 11 a.m. at St. Vincent de Paul Catholic Church, with Father Rick Eldred and Deacon Dave Reising officiating. Burial will be in Arlington National Cemetery.
Friends may call on Monday 9 a.m. till 11 a.m. at Ferguson-Lee Funeral Home. A Rosary service will be held at 9:30 a.m.
Memorial contributions may be made to St. Vincent de Paul Catholic Church.
Online Condolences may be sent to the family at www.fergusonlee.com.
Janet Braman Diefendorf – Indianapolis 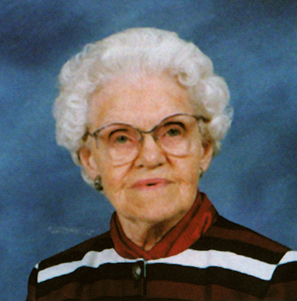 Janet Braman Diefendorf, 94, formerly of Mitchell, passed away at 2:01 a.m. Wednesday, November 12, 2014, at Kindred Transitional Care and Rehabilitation Center in Indianapolis.
Born September 14, 1920, in Mitchell, she was the daughter of Dr. B.E. and Vere (Braman) Diefendorf. Janet graduated from Mitchell High School in 1939. She was a beauty operator at
Wavie’s Beauty Shop for 53 years, and had her own shop in her home for many years after that. She was a member of Jacob Finger United Methodist Church, where she served in the nursery for over 40 years. Janet was recently honored as a 75 year member of Gamma Epsilon Chapter of Tri Kappa. She loved to bake cookies for her neighbors and family. She was affectionately called the “Cookie Lady.” Her persimmon pudding was scrumptious.
Survivors include her sisters, JoEllen Trimble, Fishers and Martha Shook, Indianapolis; nieces, Jackie (John) Hammer, Renee Pfefferle, Kris (Gary) Kiser, and Kelly Trimble; nephews Kim (Claire Martin)Trimble and Jeff (Gigi) Shook. She is also survived by numerous great nieces and nephews.
Her parents preceded her in death.
Funeral service will be at 2 p.m. Saturday, November 15, in the Memorial Chapel of Chastain Funeral Home & Cremation Center with Reverend Eric Kersey officiating. Burial will be in Mitchell Cemetery. Friends may call from Noon until the service on Saturday at the funeral home. A Tri Kappa memorial service will be at 2 p.m. Saturday at the funeral home.
Condolences may be sent to the family at www.chastainfuneralhome.com