Jannice Kaye Fletcher – Bedford
Jannice Kaye Fletcher, 62 of Bedford, passed away at 7:10 p.m. on Friday, October 10, 2014 at IU Health Hospice House in Bloomington.
She was born on May 24, 1952 in Paducah, Kentucky to Ken Emmons and Lorraine (Jarmen) Emmons. She married Larry Kent Fletcher on September 21, 1985 in Las Vegas and he survives.
Jannice had worked as a secretary and a professional chef, she had been the caretaker at Kenray Lake or the last ten years, she also was an avid collector of fine antiques.
Survivors include her husband of 29 years Larry Kent Fletcher, of Bedford; one sister Marshall Fletcher, of Bedford; one brother Jerry Emmons, of New Mexico
Cremation with no services was chosen.
Cresthaven Funeral Home in Bedford is in charge of arrangements.
Judith Anne Bliven – Bedford
Judith Anne Bliven, 70, of Bedford, died Sunday, October 12, 2014 in Indianapolis.
Day & Carter Mortuary is in charge of arrangements.
Marvin E. Griffin – Bedford
Marvin Edward Griffin, 90, of Bedford passed away on Friday, October 10, 2014 at Stone Bridge Health Campus.
Born August 11, 1924 in Clarksville, AR he was the son of Tom and Ruby (Harvey) Griffin. He
married Betty Rose Allen on September 2, 1946 and she preceded him in death on December 8, 1987. He then married Carolyn Sue Ryan on June 26, 2001 and she survives. He served his country by enlisting in the US Navy at the age of 17, was a veteran of World War II and the Korean War. He retired from Crane Naval Warfare Center and owned Griffin Electrical Business. He was an avid golfer, belonging to Otis Park Men’s Club, attaining the goal of a hole in one three times. He also loved to garden, planting his last garden this spring with the help of the pastor of Landmark Missionary Baptist Church where he is a member. He was a 50 year member of the Bedford Masonic Lodge #14 and served as grand master of the lodge in 1964. He was also a member of the American Legion Post #33, Veterans of Foreign Wars and Bedford Elks Club.
Survivors include his wife Carolyn Sue of Bedford; one daughter: Leesa Craig and her husband Ron of Springville, step-sons, Rob Ryan of Oolitic, Barry Ryan and wife, Stephanie, Mark Ryan and wife, Dale Lynn, all of Bedford; three granddaughters: Bridget Mackey and her husband Blaine of Springville, and Aimee Mack and husband, Byron, of Bedford, Colleen Rainey and husband, Dennis, of Mitchell; nine step grandchildren; twelve great grandchildren; one great great grandson; three sisters, Jean Roberts and Dorothy Arnold both of Bedford and Edith Parkes of Puxico, MO; two brothers, Glen Griffin of Kansas City, MO and Carl Lee Griffin of Puxico,MO; several nieces and nephews.
He was preceded in death by his parents, his first wife Betty, one daughter, Judy Johnson; three brothers, James H., Arch and Tommy Griffin; and two sisters, Hazel Griffin and Louise Henson.
Funeral services will be conducted at 11 a.m. on Tuesday, October 14th in the Elmwood Chapel of the Day & Carter Mortuary with Pastors Tony Hansen and Ron Craig officiating. Burial will follow in Green Hill Cemetery with military rites accorded by members of Gillen Post #33 American Legion and D.A.V. Chapter 2. Visitation will be from 3 p.m. to 8 p.m. on Monday, October 13th at the Day & Carter Mortuary where a Masonic Service will be conducted at 7 p.m.
Pallbearers are Glenn Griffin, Blaine Mackey, Bryon Mack, Dennis Rainey, Rob Ryan, Barry Ryan and Larry Arnold. Honorary pallbearer is Mark Ryan.
The family asks that friends consider memorial contributions be made to the Percy Hernandez Missionary Fund, c/o Landmark Missionary Baptist Church.
Family and friends are invited to sign the guest book and light a candle in memory of Marvin at www.daycarter.com.
Wilma D. McPherson – Bedford 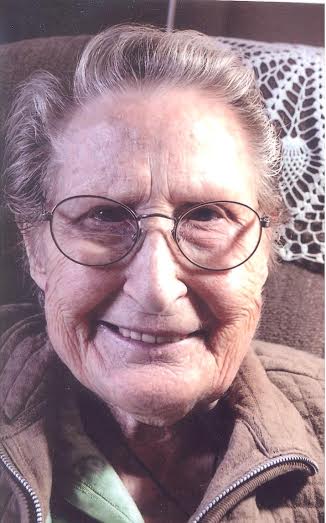 Wilma D. McPherson, 88, of Bedford, passed away on Friday October 10, 2014 at 4p.m. at IU Health in Bedford.
She was born on January 22, 1926 in Seneca, Kansas to William and Emma (Cody) Gilsdorf. Wilma married Robert H. McPherson on April 27, 1946 in San Diego, California and he preceded her in death on April 1, 2007.
Wilma worked at the Medora Plastic Factory, in housekeeping at Bedford Medical Center; she also worked at the Beta Shoe Factory in Salem, and owned and operated the Salem Café in Salem. She was a member of St. Mary’s Catholic Church in Mitchell and the Mitchell Senior Citizen’s, she was a volunteer Pink Lady at Dunn Memorial Hospital in Bedford, she was very active, and loved to make crafts at White River Lodge, loved to crochet. Wilma will be missed by her family, she was a kind, loving, caring and giving mother.
Survivors include her children, Nancy McPherson of San Diego, Ca, Connie (Robert) Grubb of Orleans, Barbara (John) Lynn of Bedford, Annette Byrd of Pittsburgh, Pa., Diana (Buzz Cook) Pruett of Bedford, Dr. Jim (Jo) McPherson of Paoli, and William McPherson of Bedford; 25 grandchildren; 49 great grandchildren, and 37 great great grandchildren; four brothers, Kenneth Gilsdorf of Kansas, Bryce Gilsdorf of Oklahoma, Joe Gilsdorf of Oklahoma, and Jack Gilsdorf of Missouri; two sisters, Carol Reef of Kansas and Phyllis Miller of Missouri.
She was preceded in death by her parents, husband, three brothers, Henry, Myron, and Paul, one sister, LaVina
Funeral services will be on Wednesday October 15, 2014 at 10 a.m.at St. Mary’s Catholic Church in Mitchell, with Father Rick Eldred officiating. Friends may call on Tuesday October 14, 2014 from 3 p.m. until 8 p.m. at Cresthaven Funeral Home in Bedford; Prayer service will be at 7:30 with Deacon Dave Reising. Burial will be in Dixon Chapel Cemetery.
Mary Alice Stevens – Bedford
Mary Alice Stevens, 75, of Bedford died at 11:35pm on Friday, October 10, 2014 at her residence.
Born June 17, 1939 in Lawrence County she was the daughter of Hovie and Lula (Baker) Kern. She married Robert Stevens on April 21, 1956. She had worked in Housekeeping at St. Vincent Dunn Hospital retiring after 32 years, she was a member of the 39th Street Christian Church.
Survivors include her husband Robert; one daughter, Sheila Silcott and her husband Jerry of Bedford; one son, Bruce Stevens of Bedford; four grandchildren: Chris Stevens and his wife Carrie, Angela Zumhingst and her companion Tony Allen, Tina Jones and her husband Aaron, and Brittney Bandy and her husband Garrett all of Bedford; six great grandchildren: Caitlyn, Darrian, Alexis, Rebecca, Heather, and Sueanne; three great great grandchildren: Faith, Justice, and Dallas; one brother: Merle Kern of Versailles, IN.
She was preceded in death by her parents, one daughter Tina Joy, and several brothers and sisters.
Graveside services will be conducted at 1 p.m. on Tuesday, October 14, 2014 at the Old Union Cemetery. Friends may call from 10 a.m. until 12:30 p.m. on Tuesday, October 14, 2014 at the Day & Carter Mortuary.
Family and friends are invited to sign the guest book and light a candle in memory of Mary Alice at www.daycarter.com.