Ronnie L. Reuter
August 15, 1942 — June 2, 2014
Ronnie L. Reuter – Springville
Ronnie L. Reuter, 71, of Springville, died Monday at his home following a lengthy illness, surrounded by his 3 daughters.
Ronnie was born Aug. 15, 1942 in Bedford, the son of Don and Betty Reuter, who preceded him in death.
Ronnie retired from Ralph Rogers asphalt division, where he worked his way up from a laborer to Head of Maintenance of the 5 plants in Southern Indiana. He also helped Harry Armstrong run the farm for many years, Crulo Trucking, was the Oolitic Town Marshall and more.
His hobbies were mostly outdoors activities, including coon hunting, fishing, mowing grass, and relaxing on the back porch enjoying the many flowers and shrubs they planted, the beautiful view and watching the deer, rabbits, coons, squirrels, hummingbirds and more that we’re always welcome and well fed. And a big surprise to all of us, he even bought a Harley after he retired.
He and Mary loved their long country drives which often ended with ice cream from Dairy Queen or Jiffy Treat. He was a member of the Leesville Masonic Lodge and Order of Eastern Star. Ronnie was well known as a good old- fashioned hard worker, he was generous, he was grateful for what he had, and a great story-teller.
To his family, he was a Hero. He was someone to look up to, to count on for unconditional love, for guidance and advice. He was a combination of Clint Eastwood, Crocodile Dundee, Charles Ingles and the Fonz…because he was just that cool.
Survivors include five children, Susan Wykoff and husband Bob of Bedford, Steve Reuter and wife Cindy of Blomberg, Germany, Kim Blackwell and husband Scott of Bedford, Kerry Reuter of Florida, and Donna Alexander and husband Dan of Bloomington; 11 grandchildren, Robin (Jonathon) Siebe, Brandi Wykoff, Shalin Owen, Shelby Owen, Evan (Courtney) Blackwell, Stephanie Reuter, Tyler Blackwell, Miles Alexander, Coleman Alexander, Sebastian Reuter and Pascal Kern; and four great-grandchildren, Hayden Puckett, Carson Puckett, Eden Siebe and Ezra Siebe.
Ronnie married the love of his life, Mary Reuter on May 29, 1969, and she recently passed away just 5 months ago. Life before marriage was not like those you see in the fairy tales but they made it thru all the trials and tribulations together and they truly had their “Happily Ever After”. Their love was the purest, most complete love. They were soul mates, so much so that one could not last long without the other.
Funeral service will be at 1 p.m. on Thursday in the Elmwood Chapel of the Day & Carter Mortuary with Brother Alan Phillips officiating. Burial will follow in Lowder Cemetery. Visitation will be from 4-8 p.m. on Wednesday and from 11 am until the service on Thursday at the mortuary.
Family and friends are invited to sign the guest book and light a candle in memory of
Ronnie at www.daycarter.com.
In closing, we leave you with this quote: “When you were born, you cried and the world rejoiced. Live your life so that when you die, the world cries and you rejoice”
by Cherokee.
Ronnie was a quiet and private man, and he would have been embarrassed by all the wonderful things said here about him, but no truer words have ever been spoken. He was respected and admired and a great role model. He will be greatly missed!
Patricia A. Stultz Spoonmore – Oolitic 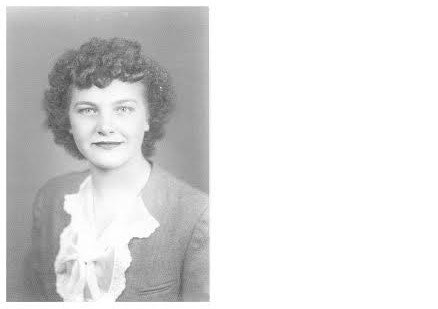