Brenda Sue Lambrecht – Bedford
Brenda Sue Lambrecht, 63, of Bedford, passed away at her residence on Sunday, June 1, 2014.
Born June 2, 1950 in Bedford, she was the daughter of Robert C. and Lois (Smith) Mitchell.
She married Jerry Lambrecht on June 5, 1969; and he survives.
She was a graduate of Oolitic High School, Class of 1968. She was a homemaker. She was a member of the Pinhook Church of Christ. She was an assistant to the 4-H Leader for forty years, and also on the Lawrence County 4-H Commercial Building Committee.
Surviving are her husband, Jerry Lambrecht, of Bedford; four sons, Jeff (Missy) Lambrecht, of Bedford, Jason (Leslie Geiser) Lambrecht, of Bloomington, Jeremy (Heather) Lambrecht, of Seymour, and Jan (Amy) Lambrecht, of Greenwood; eight grandchildren, Morgan, Megan, Molly, and Macey Lambrecht, of Bedford, Dylan and Makenna Lambrecht, of Seymour, and Shelby and Cooper Lambrecht, of Greenwood; two brothers, Gary (Rhonda) Mitchell of Springville, and Terry Mitchell, of Oolitic; one sister, Diane (Anthony) Edwards, of Oolitic, several nieces and nephews; and step-mother, Lorene Mitchell, of Oolitic.
She was preceded in death by her parents.
Funeral service will be on Wednesday, June 4, 2014, at 11 a.m.. at Ferguson-Lee Funeral Home, with Bro. Mike Davis officiating. Burial will be in Leatherwood Cemetery. Friends may call on Tuesday, 2 p.m. to 8 p.m. at the funeral home.
In lieu of flowers, memorial contributions may be made to the Lawrence County 4-H Fair.
Online condolences may be sent to the family at www.fergusonlee.com.
Patricia Spoonmore – Bedford
Patricia Spoonmore, 88, of Bedford, died at 9:15 a.m. on Saturday, May 31st at Stonebridge Health Campus. Arrangements are pending at the Day & Carter Mortuary.
Linda R. Hackney – Mitchell
Linda R. Hackney, of Mitchell, 70, passed away Sunday, June 1, at her residence.
Funeral arrangements are pending at Chastain Funeral Home & Cremation Center.
Sandra Lawson – Mitchell
Sandra Lawson, 64, of Mitchell, passed away Monday morning at St. Vincent Hospital in Indianapolis. Funeral arrangements are pending at Chastain Funeral Home & Cremation Center.
Charles Erick “Rick” Bales – Mitchell 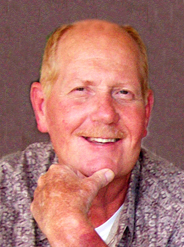 Charles Erick “Rick” Bales, 60, passed away at 9:48 p.m. Friday, May 30, 2014, at his residence, surrounded by his family.
Born December 27, 1953, in West Palm Beach, Florida, he was the son of Charles Nelson and Dolores Ann (Briscoe) Bales.
He was employed at Lehigh Cement Company with 41 years of service, and was a 1972 graduate of Mitchell High School. Rick was a supporter of many charities and organizations. He was a U. S. Air Force Veteran, a member of American Legion Post No. 250, and had served as Vice Commander.
Surviving include his daughters, Tessa Lea (Joey) Schilling, Bloomington, Jennifer Brooke (Marty) Meyer, Orleans, Beth Ann (Rick) Feher, Richmond, Virginia; grandchildren, Emma, Josie, Drake, Nate, Evelyn, Rowan, and James; siblings, Michael Wayne Bales, Mitchell, Trudy Ann Bales, Fortville; companion, Cindy Westhafer, Mitchell; and his little Yorkie, Oscar
His parents preceded him in death.
Funeral service will be at 7 p.m. Monday, June 2, in the Memorial Chapel of Chastain Funeral Home & Cremation Center with Brother Josh Brumfield officiating. Military honors will be accorded by American Legion Post No. 250 and Veterans of Foreign Wars Post No. 9107. Burial will be at a later date in Mitchell Cemetery.Friends may call from 4 p.m. until the service on Monday at the funeral home.
Memorial Gifts can be made in memory of Rick to Wounded Warriors Project
Condolences may be sent to www.chastainfuneralhome.com