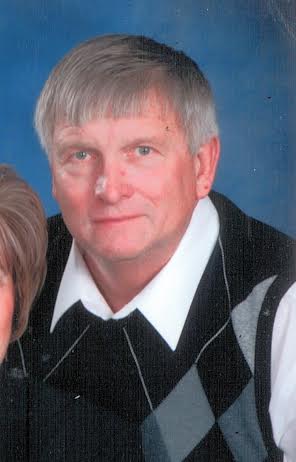 Ronald D. Pritchett, 62, of Judah, died Monday, March 24, 2014 at St. Francis Hospital in Indianapolis.
Born June 29, 1951 in Lawrence County, he was the son of Richard D. Pritchettt and Sylvia (Baker) Pritchett, and she survives.
He was preceded in death by his father.
He married Donna (Hill) Pritchett and she survives. Other survivors include daughters, Cami Pritchett of Bloomington, IN, Nicole Pritchett of Plainfield, IN; brothers, Joe Pritchett and wife, Lisa and their children, Shelby, Emily and Zane of Judah, IN, Scott Pritchett and wife, Donna (Jean) and their children, Mallory and Hannah of Judah, IN, Ed Pritchett and wife, Kelli and their children, Derek and Kayla of Judah, IN, Jon Pritchett and wife, Mary and their children, Taylor and Alex of Judah, IN.
Ron attended Bedford Free Methodist Church. He was a 1969 graduate of Needmore High School. He also attended Vincennes University and Indiana State University. He began a lifelong career in contracting with Pritchett Brothers Construction, the family business. He shared his knowledge as a teacher of Building Trades at the BNL Vocational School. Thereafter, he returned to Pritchett Brothers where he enjoyed a long and
rewarding career. Ron rounded out his vocation by operating Ron’s Remodeling until retirement. Ron was very athletic and an avid sports fan. He played on and coached many teams and was a referee at both the high school and collegiate level for more than twenty years. Ron was very involved in the community and was a member and officer of many groups
and organizations.
Ron enjoyed life, loved people and never met a stranger. His easy laugh and great sense of humor made everyone smile.
Visitation will be from 4 pm to 8 pm on Thursday, March 27th at Day & Carter Mortuary. Additional visitation will be held at the Bedford Free Methodist Church at 640 R Street from 11 am until 1 pm on Friday, March 28th. Funeral service will be conducted at 1 p.m. on Friday at the church.
Family and friends are invited to sign the guest book and light a candle in memory of Ron at www.daycarter.com.
Eva Garrison – Mitchell
Eva Garrison, 86, of Mitchell, passed away at 4:26 p.m. Monday, March 24, at Indiana University Health Bedford Hospital.
Funeral arrangements are pending at Chastain Funeral Home & Cremation Center.