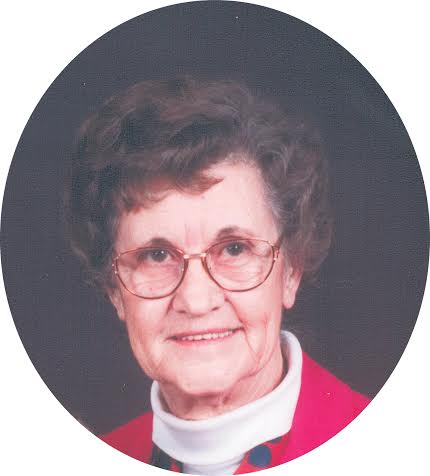 Zelma Louise Handley, 86, of Bedford, passed away at 9 pm on Sunday, February 16, 2014 at Stone Bridge Health Campus with her daughter, Kay, by her side.
Born November 17, 1927, she was the daughter of Emery and Stella Coursey. She married Ellis “Arkie” Handley and he preceded her in death on December 8, 2010. Louise was a member of the Hilltop Pentecostal Church. Her grandchildren will always remember her spoiling sacks, sacks full of candy, she loved making for them and she also enjoyed playing bingo at every opportunity.
Survivors include her daughter, Kay Thimling and husband Darrell of Bedford; sons, Terry Kinder and wife Dee, of Omaha, NE, Keith Kinder and wife Lisa of Bloomington; eight grandchildren, Shannon Barger, Tanner Thimling, Jenny Bowes, Nikki Delgado, Laura Wanchic, Lisa Mason,Joe Kinder, Lindsey Kinder; sixteen great grandchildren; abrother, Orvis Coursey of Sebastian, FL.
She was preceded in death by her parents and three brothers, Delmer, Lavern and Wayne Coursey.
Funeral services will be conducted at 3 pm on Wednesday, February 19thin the Elmwood Chapel of the Day & Carter Mortuary with Pastor Bill Johnson officiating. Burial will follow in the Hilltop Cemetery in Avoca. Visitation will be from 11: am until the hour of service on Wednesday, February 19th at Day & Carter Mortuary.
Family and friends are invited to sign the guest book and light a candle in memory of Louise at www.daycarter.com.
Joseph H. Smith – Bedford
Joseph H. Smith, 28, of Bedford died Friday, February 14, 2014 from injuries sustained in an auto accident.
Born July 3, 1985 in Lawrence County he was the son of Cindy (Tarver) Robertson and Gary Smith. He married Amy Land on June 21, 2008. He worked as a dispatcher for Peabody Energy in Linton. Joseph was a Shriner’s Kid, he enjoyed pulling trucks, diesel engines, dirt bikes, motorcycles, and his ATV.
Survivors include his wife Amy of Bedford, two sons: Ayden Joseph and Mason Alan both at home, his mother and stepfather Cindy and Steve Robertson; father and step mother: Gary and Harvetta Smith of Bedford; two brothers: Jon Smith of Bedford, and Josh and Kyiana Smith of Bedford; one sister: Jennifer Caswell and her husband Travis of Owensburg; maternal grandparents: Ray and Ginny Tarver of Bedford; paternal grandmother: Ann Smith of Bedford; 4 nieces and nephews: Lyric, Reece, Ahyonna, and Morgan; Mother-in-law and Father-in-law: Scott and Michelle Land of Mitchell, brother-in-law: Aaron and Amy Land of Newburg; grandparents-n-law: Harold and Pauline Baker of Bedford. He was preceded in death by his paternal grandfather, Maurice Smith.
Funeral services will be conducted at 11 on Tuesday, February 18th in the Elmwood Chapel of the Day & Carter Mortuary with Johnny Johnson and Scott Salm officiating. Burial will follow in the Port Williams Cemetery. Visitation will be from 2 pm until 8 pm on today, February 17th at Day & Carter Mortuary.
The family asks that friends consider memorial contributions be made to a trust fund set up for his sons Ayden and Mason.
Family and friends are invited to sign the guestbook and light a candle in memory of Joe at www.daycarter.com.