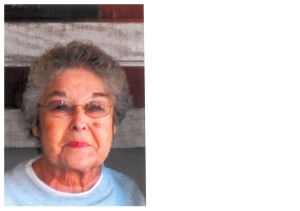 Mary Jane (Smith) Plummer, 80, formerly of Tipton, Indiana, died Sunday morning, Nov. 3, 2013 at Garden Villa Nursing Home.
Born May 20, 1933 in Tipton County, she was the daughter of Leland Smith and Charlotte (Trissell) Smith. She married Robert N. Plummer on September 3, 1952 and he survives. She worked at General Motors in Kokomo and was later a realtor here in Bedford. She was a member of the Bartlettsville Christian Church.
Survivors include her husband Robert; two daughters, Judy Crouch and her husband Patrick of Bedford, Karen Painter and her husband Mike of Louisville, Colorado; three grandchildren, Amber Crouch, Aaron Crouch and his wife Allie Crouch, Brandon Painter; two great-grandchildren, Madalyn Crouch and Jack Crouch; two brothers, William Smith of Fortville, Charles Smith of Tipton, and several nieces and nephews. She was preceded in death by her parents; son, Jeffrey Lynn Plummer; brother, Thomas Smith; sister, Susie Adams; and a sibling in infancy.
Funeral services will be conducted at 7 pm on Tuesday, Nov. 5th, in the Elmwood Chapel of the Day & Carter Mortuary with Tim Day officiating. Visitation will be on Tuesday from 3 pm up to the hour of service at Day & Carter Mortuary. On Wednesday, November 6th a visitation will be held from noon to 2 pm at Young-Nichols Funeral Home in Tipton and a graveside service will follow at 2:15 pm in the Fairview Cemetery in Tipton.
Family and friends are invited to sign the guest book and light a candle in memory of Mary Jane at www.daycarter.com.
Robert Chase – Bedford
Robert Chase, 86, of Bedford, passed away at 12:18 am on Monday, November 04, 2013 at I.U. Health Bloomington Hospital.
Arrangements are pending at the Day & Carter Mortuary.
Robert “Rick” DeRue – Springville

Robert “Rick” DeRue age 64 of Springville, passed away on Friday November 1, 2013 at his residence. He was born on July 20, 1949 in Mt. Clemons, Michigan to Filman & Leona (Kepsel) DeRue. He was a graduate of St.Clair County High School in Michigan, he was a retired machinist from Selective Engineering. He married Penny Decker on December 31, 1988 in Tucson, Arizona and she survives.
He was an US Army veteran serving in Vietnam, he received 4 Bronze Stars, including 1 for Valor. He was past president & member of the Vietnam Vets Motorcycle Club in Bloomington.
Survivors include his wife Penny, of Springville; sons Rick abd Jed both of Michigan; step-daughter; April, of Greene County; five brothers; Donny, John, Jerry, Jimmy and David; six sisters; Tina, Barb, Kathy, Terri, Ruth Ann and Sue; two grandchildren and his loving dog, Harley.
Cremation was chosen with burial in Michigan at a later date. Cresthaven Funeral Home is in charge of arrangements